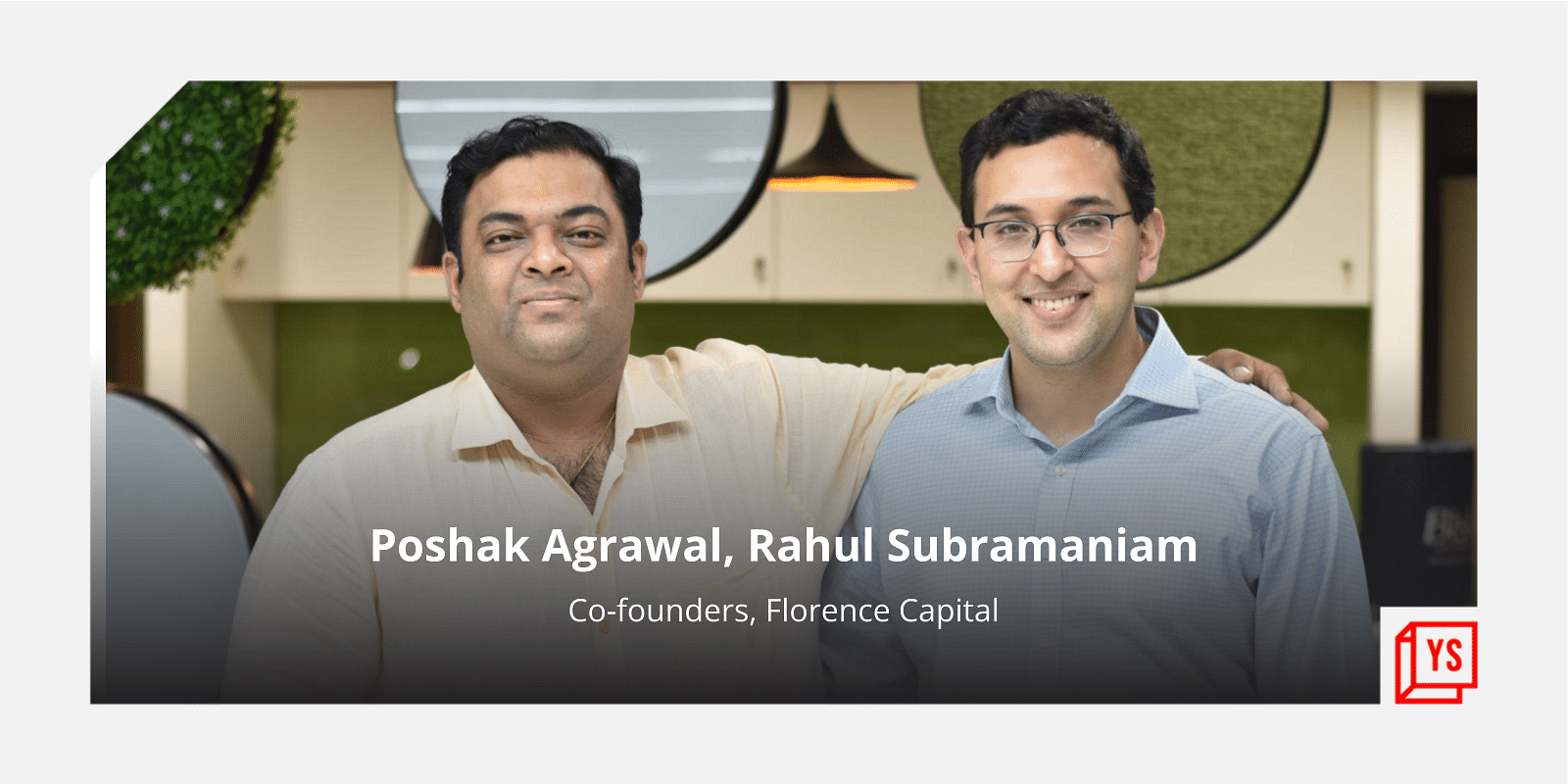 Studying at IIT Roorkee and pursuing her bachelor’s and master’s in technology at a time when women were not allowed to dream of a life beyond domesticity made Poshak Agrawal’s mother the biggest inspiration he could’ve asked for in his life.

His mother’s daring educational feat opened his eyes to gender inequality at an early age, and he tuned into how women behaved differently, even in the everyday aspects of their lives.

One such incident that cemented Poshak’s understanding of how a woman negotiates the world around her was when he observed the ladies’ compartment in the metro one day. He realised the need for a ladies’ compartment arose because “women in India don’t have a lot of safe space just to be”. And that existed everywhere, not just when it comes to travelling.

Poshak juxtaposed his inference from his metro observation against the institution of finance and financial services, and came to the conclusion that women felt alienated from the system because money has inherently been a man’s department. He decided to do something about it.

While he was still chewing on how he could make finance easier for women, he met Rahul Subramaniam at a bicycle stand in Princeton University, and the two instantly hit it off.

Rahul, at the time, had been closely following what was happening in India vis-a-vis the digital revolution, as well as feminist waves where traditional, cultural and gender barriers were being broken, and knew he wanted to play a role there.

Upon their return to India, the idea took a bit of a backseat as the duo focussed their efforts on helping Indian students get into the best colleges in the world via their startup, Athena Education. But after demonetisation brought fintech startups to the forefront, they decided the finally combine their passion for enabling gender equality with finance, and set up ﻿Florence Capital﻿ in 2017.

Gurugram-based Florence Capital is essentially a lending platform that caters only to women, in partnership with Apollo Finvest India Ltd, an NBFC. It helps women get loans easily, and makes Florence a “safe space” for women to explore lending and other financial services.

The founders call what they do “ethical lending” because they’re transparent, credible, and upfront when they undertake any loan applications. They not only work with the loan applicants to gauge their credit requirements, but also outline how the repayments — or lack thereof — would affect their credit scores. Florence helps women understand what loans would be suitable for them so that they don’t end up borrowing more than they should and see their creditworthiness take a dive.

“There are so many strong, hard-working women who struggle every day to improve the quality of their lives, but they don’t have the monetary means and the resources to chase their dreams and live the life they want to live. That is the problem that birthed Florence Capital. We want to provide women with the safe space they have always been denied (in finance),” Poshak tells YourStory.

Most of Florence Capital’s users hail from urban, Tier 1 and Tier 2 areas, and typically borrow money for medical expenses, household expenses, education and upskilling. As many as 50 percent are either new to credit or have a very thin credit profile, while 50 percent have a thick credit history, Rahul says, adding the startup will be expanding to Tier 2 and Tier 3 cities too.

One feature that sets Florence Capital apart from many others is its collection team, which entirely comprises women.

Loan recovery agencies mostly employ men who intimidate, threaten and even use brute force to recover loans, as seen in the case of multiple lending apps that were flagged up by the government over the years. For women, sexual violence is often the SOP for most aggressors, a fear of which, again, precludes women from reaching out for and accessing credit.

Florence Capital only employs women in its debt recovery team, and operates on empathy to understand why a borrower hasn’t been able to repay her loan, instead of resorting to threatening calls and visits.

Financial education and literacy, especially for women, is another area Florence Capital stands out. Its Florence Learn platform is not only a learning platform where women can arm themselves with financial knowledge, but also a safe space where women can interact with each other, learn from one another, and even discuss money-related matters.

Florence Capital’s users also have the opportunity to access one-on-one financial counselling that can help them understand their own financial situation, better, as well as plan for the credit line they wish to avail themselves of.

To date, the startup has enabled loan access to over 1,300 women, and disbursed Rs 4 crore in total loans.

It has raised a pre-Series A round from investors such as Mike Novogratz, CEO of Galaxy Investment Group; Amit Singhal, Founder of Sitare Foundation; Steve Kreider and Zach Kreider of Harrow Capital; and Rishi Jaitly, Founding CEO of Times Bridge; and is looking to further do a bridge round.

Florence Capital has been generating revenue since Day One, it said, adding it hopes to raise a Series A round very soon.

The startup, like any other lending institution, makes its money from the interest it charges its customers, as well as the 2-3 percent processing charge. Interest rates range between 18-30 percent, it added.

Florence Capital’s competitors include women-focused lending and financial services apps such as ﻿Basis﻿, ﻿LXME﻿, Femwealth and ﻿SALT﻿, although it does compete with NBCFs that are geared towards making lending to women faster and easier too.

With the global pandemic having destroyed the livelihoods of many people, women have been finding it harder to rebuild for themselves, especially in the absence of funds when they need them. A solution like Florence Capital can help address those needs.