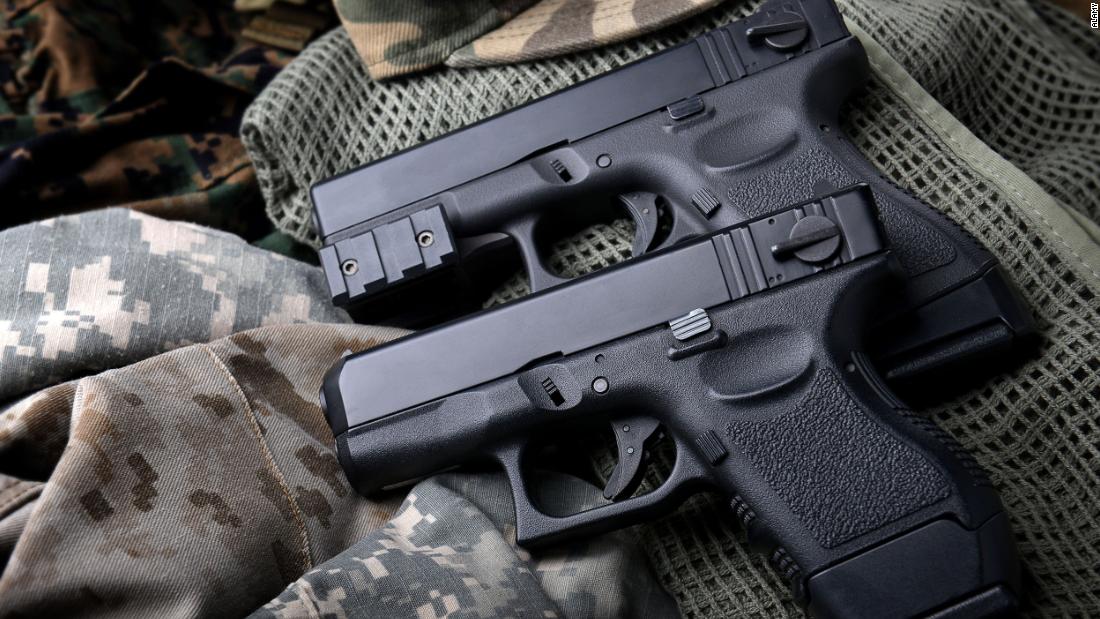 It might seem to herald big change for those gun owners and in coverage. But the effects may be more limited than you’d first expect.

Yet many people already are covered; the coverage may be less than you’d anticipate; and the prospects of discounts may be slim or far off, insurance experts say.

Still, supporters say this is just one part of a needed wider approach to countering the human and monetary costs of gun violence.

Here’s a look at what the insurance requirement would do — and what it wouldn’t.

What the requirement says

The council gave final approval February 8 to the measure — which also requires gun owners to pay a new annual fee, expected to be around $25, to fund programs aimed at reducing gun violence — and it would take effect in August, absent any court action.
The insurance mandate portion requires residents who own a gun to have “a homeowner’s, renter’s or gun liability insurance policy … specifically covering losses or damages resulting from any accidental use of the firearm,” including death, injury or property damage.
People in about 50,000 to 55,000 households in San Jose own guns, the city estimates, out of about 325,000 households and more than 1 million residents.

What kind of insurance will suffice

A product that many people already have — homeowners or renters insurance — generally will satisfy the ordinance, the mayor and insurance experts CNN spoke with agree.

“There likely doesn’t need to be an expansion of these policies, because liability coverage is provided as long as the resulting injury is not ‘expected or intended,'” Soller said, pointing to typical policy language.
That’s key: Insurers don’t offer policies that would cover individuals for criminal or intentional shootings, insurance experts told CNN, and the ordinance requires coverage only for accidents. (An initial draft of it that passed in January also called for coverage of “negligent” shootings, but that word was removed before final approval.)

“We’re not looking to create a new insurance product,” Mayor Sam Liccardo told CNN. “We don’t have any reason to believe there should be any changes in the nature of existing policies that are routinely offered by dozens of insurers in California.”

Liccardo also told the New York Times that although this is “often standard coverage,” the mandate could help ensure that more policies cover it.

At least one company advertises standalone gun liability insurance. The company declined to answer CNN’s questions about whether its product could be sold in the state or fit San Jose’s ordinance.

So, precisely what would be covered?

Probably not just any accidental use of a firearm.

Homeowners and renters insurance generally will cover losses and damages only to third parties — like a visitor to the insured’s home — and not to the policyholder or anyone living in the household, said Karen Collins, assistant vice president of personal lines at the American Property Casualty Insurance Association.

“A child (living in the home) that accidentally shoots a sibling — that would not (typically) be covered” under homeowners and renters insurance, Collins said. Medical insurance, in that case, might be amenable instead.

The liability coverage could extend off property, worldwide, as long as the gun is being carried legally, said Janet Ruiz, spokesperson for the Insurance Information Institute. Still, that depends on the policy’s language, and holders should check, Collins said.

One of the benefits of the mandate, Liccardo’s office has said, is that it will ensure medical care to more victims of unintentional shootings. Payments for accepted claims would go up to the policy’s coverage limit. And people can purchase higher limits of liability, such as through a personal umbrella policy.

San Jose’s ordinance, however, does not prescribe how much coverage the insured should have, so gun owners are not compelled to increase limits.

Out of 205 people shot annually in San Jose from 2013 to 2019 who were killed or needed hospital treatment, 86 per year were hit in incidents that were either unintentional or declared to have an undetermined intent, according to the city’s summary of a 2021 Pacific Institute on Research and Evaluation study.

Lots of people already have this insurance

Most homeowners already have the sort of liability insurance the new ordinance requires — in part because banks require it of mortgage holders.

National surveys suggest 90% to 95% of homeowners have a homeowners policy, said Rob Hoyt, professor of risk management and insurance and the department head for insurance, legal studies and real estate at the University of Georgia’s Terry College of Business.

The California insurance department did not immediately provide the percentages of San Jose homeowners or renters that had the policies.

Incentives don’t seem to be available — or near

The mayor says he wants the insurance mandate to spur insurers and policyholders to communicate about whether the policyholders have guns. And he wants insurers to incentivize safer behavior by reducing premiums for those who take certain safety measures, such as storing guns in safes, installing trigger locks or taking a gun safety class.

“I want the insurance companies to engage in reducing risks, and that’s what they do (better than) anyone else,” Liccardo told CNN.

Liccardo’s office has likened this to car insurance policies using “risk-adjusted premiums to reward good driving and incentivize use of airbags and other safety features.” The mayor hopes a similar approach can limit risks of gun accidents.

But except for a very limited circumstance, these incentives aren’t in play for gun owners — and don’t seem to be on the horizon.

“The requirement in a particular city that (gun owners) provide evidence of a coverage, in my mind, wouldn’t in and of itself lead to insurers saying we need to start rating based on this or adjust our premiums on this,” said Hoyt, the University of Georgia professor.

Why? To start with, gun owners don’t need to reveal they own a gun for gunfire accidents to be covered under the liability section of a homeowners or renters policy, experts said.

“If there’s not a (prior) disclosure of a gun,” that doesn’t create a problem for claims, said Collins, the APCIA vice president.

“It’s not a typical underwriting question, ‘How many guns do you have?'” Hoyt said.

Any change to that practice likely wouldn’t be driven by mandates but by an increase in claims, he said. He pointed to dog ownership as an example of an evolution in premiums.

“(Insurers) do ask questions like, ‘Do you own a dog, and oh, by the way, what breed is the dog?'” Hoyt said. “There are adjustments in premiums nowadays because of the evolution in claims with dog bites.”

“It’s ultimately losses and exposure that drive insurers to adjust premiums. It’s not really clear that there’s anything that would change here that would cause that to be the case,” he said.

San Jose’s mandate “is not going to cover a whole lot of situations where people are being injured by guns,” Hoyt said, and “the coverage has existed.”

Even if insurers wanted to offer new discounts, it would be a process. In California, insurers must get approval from the state department of insurance for rate and policy changes, experts said.

The one exception that now might yield a discount is under the personal property portion — the part that pays for loss such as theft — of a homeowners or renters insurance policy.

Typically, gun owners do not have to tell insurers ahead of time that they own guns for the weapons to be covered against theft, up to a certain limit, Soller said. However, an owner can choose to pay more to have a gun scheduled for higher coverage limits.

In that case, the owner would identify the gun to the insurer, Soller said. And then the additional cost to insure it may be reduced if the owner reveals they’re putting the gun in a safe, Hoyt said.

Why the mayor says he needed to act

The mayor has felt a burden to take action, he said, even as he acknowledged the new ordinance is unlikely to change much in the insurance industry.

His motivation was highlighted at a memorial for a victim of the Gilroy Garlic Festival shooting, when someone “confronted me very publicly and said, ‘Look, you guys talk a lot, but you don’t really do anything.’ And she’s right,” Liccardo told Slate for an article published in February. “What’s the city doing about this? And that question just rang over and over in my head as I thought about what we can do as a city. Is there some space here for us to be able to stand up for our residents?”
His office and supporters point to the average number of people who die in the US of unintentional shootings every year (492, according to Everytown for Gun Safety), and the number of US children estimated to live in a house where a gun is unlocked and loaded (4.6 million, according to findings from a nationally representative survey of adults published in the Journal of Urban Medicine).
The founder of anti-gun-violence movement Moms Demand Action supports San Jose’s ordinance. Something must be done, Shannon Watts said, because of the costs in dollars, lives and pain that gun violence exacts. She cites Everytown for Gun Safety, which says gun violence costs Californian taxpayers $1.2 billion a year.

“This (insurance requirement) is something cities should absolutely consider, all across the country,” in addition to trying to secure funding for intervention programs, requiring secure storage for firearms and prohibiting guns in sensitive locations such as polling places, Watts said.

“I am very inspired by the mayor there,” Watts said, adding the nation needs “more leaders like Mayor Liccardo to create innovative solutions to this crisis.”