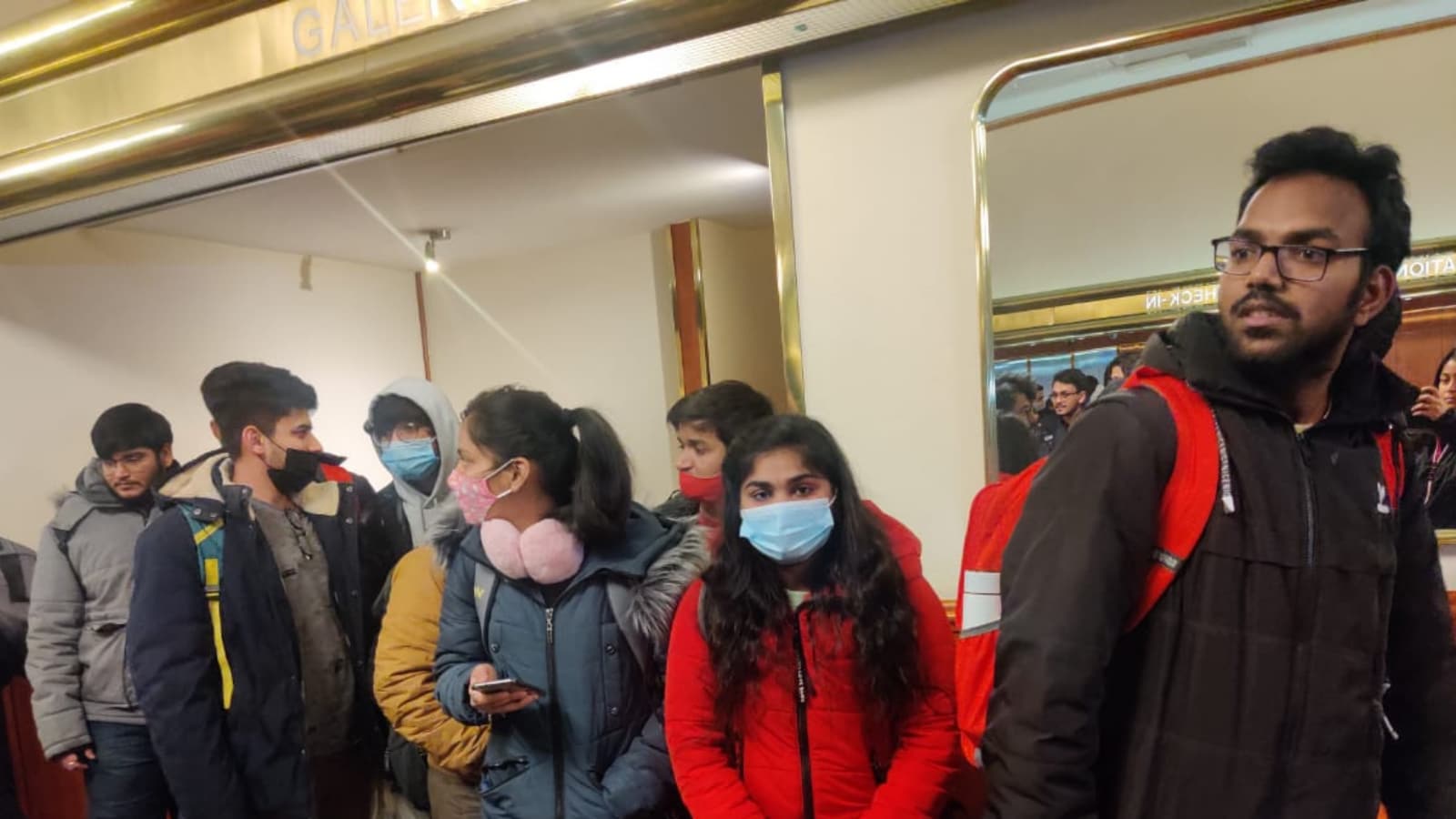 As the nuclear power station in Zaporizhzhia got bombarded by Russian military, Andhra Pradesh native Kekireni Durga Bhavani and her friends at the state medical University saw hopes dying.

48 hours later, having escaped death by a whisker Badavat Nikhita is too overwhelmed to narrate the ordeal. “We were tensed about the war in any case, the radiation threat was the last straw,” Durga Bhawani told News18 at a Budapest hotel where the group of 200 reached after evacuation.

Jawat Khan, representative of the group said a train journey of 36 hours from Zaporizhzhia got them to Budapest. “It was shelling and bombing all through. We somehow got into the train, at the risk of the train station getting bombed too,” he said, recalling the journey.

Zaporizhzhia which house Europe’s biggest nuclear power plant was attacked by Russia leading to fears about a radiation leak.

Sarvesh Mishra who had come from Delhi to Kharkiv with dreams of becoming a doctor has manged to escape. However, he is worried about the safety of his cousins stuck in Sumy.

“My cousin is in Sumy….hiding in a bunker with no food, water, or internet. How long can they hold on like this? Parents are also worried as they can’t speak to the students. We need help inside Ukraine not just on border,” Sarvesh said.

Helping people like Sarvesh and Durga Bhawani are young student volunteers from various universities in Budapest. 20-year-old Ananya says some days the emotional and physical stress of helping the Ukrainian evacuees is too much to handle.

“It has been very taxing emotionally. Some volunteers have had nose bleeds because of the pressure,” she said. Student volunteers Jay agrees. “The stories we hear are unbelievable. I met a girl who was on the train for 36 hours. Russian military stopped them multiple times. They had run out of food. Then at the border they had to sit for 8 hours in the cold to get their passport stamped and wait for the bus for another 9 hours before reaching Budapest,” he said.

“Some evacuees have walked for three days straight, with their pets and only then found a transport,” Ananya added.

But the gloom and despair are soon replaced by claps and cheer as a bus gets ready to take some of the evacuees to the Budapest airport for onward journey to India. Hungarian national George has ferried hundreds of students from Ukraine border to Budapest airport in past few days. Indian embassy officials say he has done it for free. “I am a former soldier. This is the least I can do to help in this situation,” he said.

Many like George have gone out of their way to help those fleeing Ukraine. As the bus moves amidst claps and cheers there is also a silent prayer for those stuck in Sumi, Kharkiv and eastern Ukraine- those for whom supply and time both are running out.