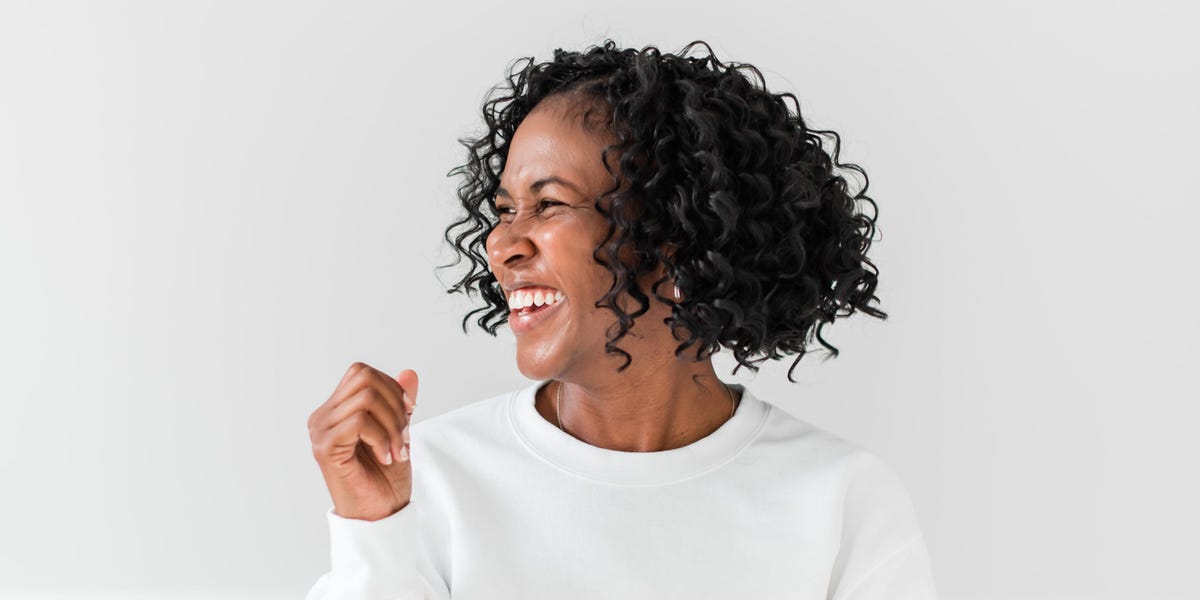 When Ja’Net Adams (pronounced juh-nay) was laid off from her full-time job, she and her husband had $25,000 in student loan debt and $25,000 in high-interest auto debt.

“I worked at that job for eight years, and I just never wanted to feel that way again,” Adams tells Insider. She used that time to reset her family’s financial habits and make a plan to pay down her debt. Once Adams started working full-time again, she paid off $50,000 in debt in just two years.

Since then, Adams quit her job to start her own company called Debt Sucks University to help others on their debt payoff journey.

Here are four common misconceptions about paying off debt Adams hears all the time.

1. People with debt think they’re the only ones struggling

Adams tells Insider, “For some reason, my clients don’t think that other people are in debt, and they’re ashamed. I tell them, ‘No, the majority of Americans are in debt.'”

Adams also says that comparing yourself to others may slow down your debt repayment process. Many factors can go into someone else sharing their debt payment goals, like receiving financial support from their parents or having a higher-paying job. It can be discouraging to compare yourself to someone else’s results if they started out with an advantage.

Instead, Adams suggests sharing your debt payoff journey with someone in a similar situation so you can compare strategies and keep each other motivated.

2. They think they’re going to be in debt for the rest of their lives

“A lot of my younger clients don’t say it as much, but older clients 40 and up do say they’re going to die in debt,” says Adams. To clients who are afraid they don’t have enough time to pay off their debts, Adams says, “Dude, you’ve got 50 more years of living at 40. What are you talking about?”

With her older clients, she sets a strict timeline to pay off their debt quickly so they can eventually retire with as little debt as possible.

3. People with debt don’t like to talk to their children about it

People with debt sometimes feel like they can’t talk to their kids about it, but Adams says teaching them about debt can give them an advantage later in life.

“They don’t have to be in on the deeper conversations that parents need to have,” she says, “but you can start with explaining why they can’t get a toy at Walmart or Target.” If kids want to buy toys or gadgets that might blow your budget, instead of saying no, Adams suggests saying, “Mom and Dad are working on something right now, can you wait a few weeks?”

She starts off teaching each client how to make a ‘dream sheet,’ a list of focused short-term, intermediate, and long-term goals that help you stay motivated as you pay down debt. Adams suggests teaching kids how to make a dream sheet, too, which can allow you to include children in the debt payoff journey without getting into the nitty gritty details.

Adams says giving kids an early awareness of how debt affects the family’s finances can also teach them important lessons about avoiding debt down the line.

4. They think they can’t have fun while paying down debt

“A lot of people think that you can’t have fun while paying off debt, like it’s a pair of handcuffs,” Adams says. To talk them down from this negative thinking, Adams immediately gets to work drafting a spending plan as opposed to a budget.

Budgeting typically involves looking at your income then cutting discretionary spending, like eating out or shopping, to make things work. In contrast, a spending plan allows you to see how much you want to spend so that you can bridge that gap and earn more.

Adams adds, “When you look at your money based on what you want to prioritize instead of what you don’t have, you’ll see that you can still have fun.”