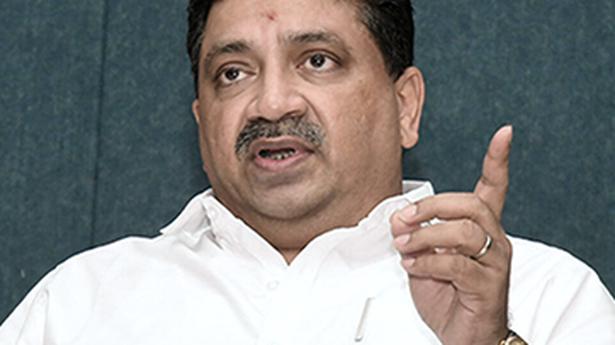 Minister Palanivel Thiaga Rajan however pointed to disconcerting developments such as global inflation levels and conflict risks; he was speaking at a CII Tamil Nadu event on Saturday

Minister Palanivel Thiaga Rajan however pointed to disconcerting developments such as global inflation levels and conflict risks; he was speaking at a CII Tamil Nadu event on Saturday

The DMK government has made a remarkable turnaround in terms of finances, said Finance Minister Palanivel Thiaga Rajan. “The finances of the state of Tamil Nadu had deteriorated so rapidly and we have been able to make such a remarkable turnaround as it will be evident when we present the revised estimates for the year in a couple of weeks when the budget is presented,” he said.

The Minister was speaking through a live video session at an event organised by the Confederation of Indian Industry (CII) with the theme, ‘Tamil Nadu: $ One Trillion Economy by 2030 – Business and Government Working Together,’ as part of CII Tamil Nadu’s annual meeting.

Pointing out that there are a few major macro risks, the Finance Minister said that the global inflation levels are rising to levels not seen in the last 15, 20,25 years. “This is a disconcerting and concerning development that may have implications on what our future growth potential is,” he said. He added that the global conflicts risks that have escalated over the last couple of weeks could go anywhere, and that was another headwind.

Mr. Thiaga Rajan said that the Chief Minister’s $ One Trillion Economy by 2030 plan, was doable. He explained, “If we start with the target of a trillion we are roughly between 290 billion and 300 billion today depending on the foreign exchange rate at any give minute, which means in about ten years, we need to have about 14% a year CAGR in nominal terms.” “Now if you look back in the last 15 to 20 years, the last time the DMK was in power between 2006 and 2011 the CAGR was 10.1% or 10.2% so you add in say 5% inflation on top of that, on an average it was probably 15 plus so clearly a doable goal,” he added.

The Finance Minister also noted that even the previous Chief Minister (referring to the Jayalalithaa-headed AIADMK government) had a document called Vision 2023 which was built with inputs from the World Bank, IMF and others. “The problem with that document was it literally failed in the first 2-3 years. It was released in 2013 and by 2014 she (.Jayalalithaa) got into legal troubles and other troubles,” he said.

“The problem with 10-year plans is if you lose the first two or three years of compounding, then the back end becomes something like 20 and it becomes not achievable…. so the first two to three years are crucial.” In that sense, he said, the DMK government can operate and administer well and there have been couple of bounce-back scenarios.