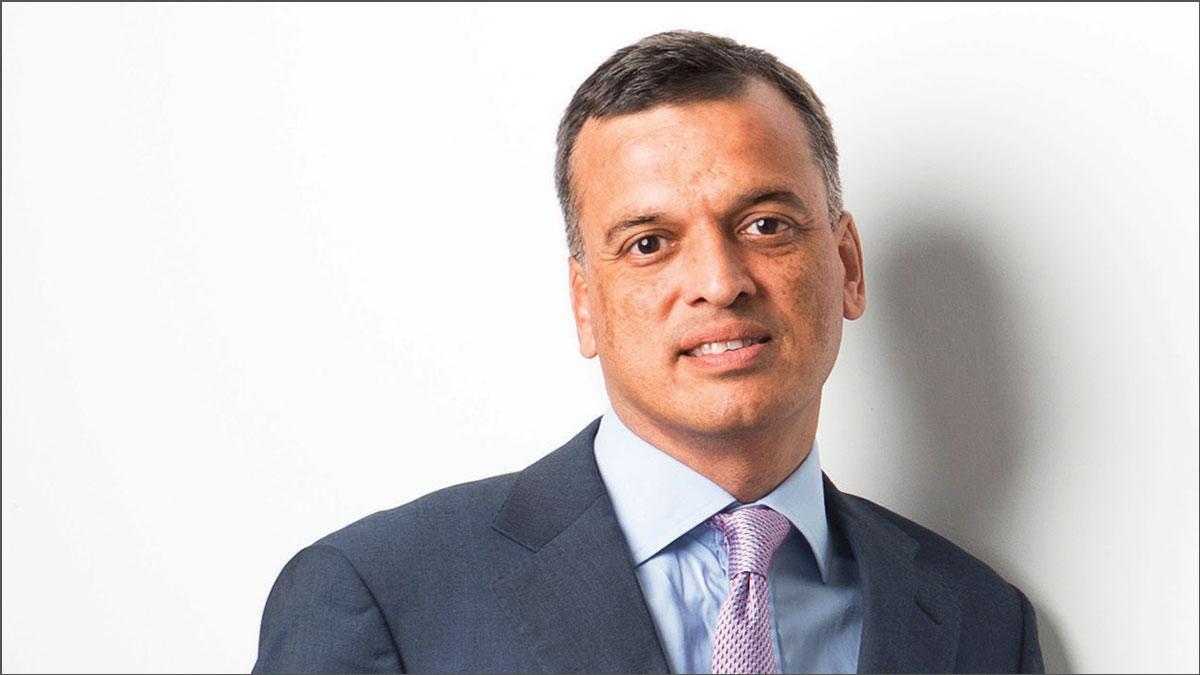 Five months before Covid-19 emerged, board members of the Pune-headquartered Bajaj Finance sat down to give final shape to its five-year strategic plan. It was a routine affair; the mood was sanguine. The consumer finance company had created a record of sorts by raising capital of $1.2 billion, to fuel its massive growth opportunity. For the past decade and a half, the company’s income, assets under management, and profits have been growing at a staggering compounded annual growth rate (CAGR) of 30 per cent-plus. “Given the fast-changing landscape, the natural evolution fundamentally required us to become end-to-end digital,” explains Rajeev Jain, Managing Director of the Rs 1.81-lakh crore (asset size) company.

The board didn’t take much time to give its stamp of approval to build a one-stop shop financial services super app with a shopping and e-commerce ecosystem. “The thought process was to be available 24×7 to our 42.6 million-plus customers, have two-way engagement, and offer them everything they need when they want it,” says Jain, who spurs a start-up culture. Most observers believe that this transformation exercise of the omnichannel network, which is currently underway, was the outcome of the pandemic, but it had actually begun earlier. However, the pandemic did send the plan back to the drawing board for a rethink. “Nothing can make you think as hard as a crisis does. That’s the learning for us to exploit the new opportunities emerging in a [Covid-19] crisis situation,” explains Jain, 51, who has played a key role in transforming a small Bajaj Finance into one of India’s fastest-growing NBFCs. The Covid-19 crisis pushed Jain—and other professional CEOs—harder to think more deeply and broadly about new digital initiatives in the light of behavioural changes amongst consumers. But more on that later.

Jain, who generally starts his day at 7 am, has played a key role in making the company’s zero-interest, consumer durables financing product—now known as ‘Buy now, pay later’—a big hit, so big that it was instantly replicated by competitors, including high street banks. Partly, the experience and wisdom of two stalwarts— the late Rahul Bajaj and ex-Citibanker Nanoo Pamnani—helped the company, but it was Jain’s execution skills, which he honed in multinational firms like GE, American Express and AIG, that drove the product’s strategy. “Once a broader strategy is in place, he rolls up his sleeves to do the job,” says a professional who worked with Jain earlier.

Jain’s biggest challenge as a CEO probably came when the Covid-19-induced lockdowns forced people and employees to stay at home. “If you create a crisis, you can’t solve that crisis; but if you didn’t create that crisis, that gives you a far greater moral right to solve that crisis,” he told his senior management teams. “It was a crisis that all of us, as operating managers, looked at from that philosophical lens and went towards solving it and even gaining from it.”

The company’s growth journey was in some ways cut short by the raging pandemic waves, but it also showed remarkable resilience. In the BT-PwC India’s Best CEOs ranking data, Bajaj Finance’s three-year CAGR in total income was calculated at 22.99 per cent, and in profit after tax, 16.73 per cent. Asset quality was also under control, with net NPAs at 0.91 per cent of loans as of March 31, 2021. This exceptional performance, which includes the first pandemic year, led the four-member jury to confer on Jain the highest honour of ‘Champion of Champions’.

When Jain joined the company in 2007, it was a small, captive auto finance company. Today, it is a giant in comparison: standalone revenues in FY21 were at Rs 23,563 crore, and market cap today is at Rs 4 lakh crore, higher than Axis Bank and Kotak Mahindra Bank. What is the recipe behind this success? At the foundational level, four key things have remained consistent and common all along—people, great attitude, patient capital, and planning. “People make businesses in the services sector. You need to have a positive attitude. You need patient capital for building a long-term business, and also continuous strategic planning,” says Jain.

The company, which was at the forefront of digitisation in the past decade, is now transiting from a digitised company to a digital company. “Digitised means some [part] of the process was digital, but the entire process was not,” explains Jain. In fact, it started using cloud computing at the point-of-sale way back in 2007. Today, 60 per cent of its workload runs on the cloud. The company also claims to be one of the largest customers of software-as-a-service (SaaS) major Salesforce in India. Initially, Bajaj Finance’s plan was to make a super app for existing customers, but post-Covid-19, the plan was extended to create an all-encompassing app. Under this new ecosystem, it is developing five proprietary marketplaces—EMI store, insurance marketplace, mutual fund (MF), broking and health—that will allow customers to review, compare and buy a host of financial products and services across electronics, insurance, investments, and healthcare categories. The omnichannel strategy would make it easier for customers to move seamlessly between online and offline channels, which would make the new model more cost-effective.

The company is taking its EMI store to the next level. Of the 120,000 merchants it works with in the physical world (such as Croma, Vijay Sales, etc.), 12,000 are already on board its digital app. It has close to 78,000 SKUs and 35,000 merchants on its existing web-based marketplace platforms. “The merchants will be able to get a logistics partner to come and pick up products and deliver to clients,” says Jain. It has also introduced an aggregator model with 900 insurance products across a dozen insurance companies. Customers have the flexibility to use a Bajaj EMI card or UPI wallet to pay the premium. The MF or investment marketplace offers a host of MF products that you can review, compare and buy. The company’s broking app offers loans against shares. And the fifth vertical, BFL Health, has built a doctors’ portal that allows visitors to review hospitals, and scan some 100,000 doctors. “Execution is the key to this digit al transformation journey. If the company is unable to make meaningful progress on re-shaping its business towards the digital economy, it could (negatively) impact its prospects,” says Siji Philip, Senior Research Analyst, Axis Securities.

The biggest inclusion in the super app is the payments ecosystem. It has developed a wallet application called ‘Bajaj Pay,’ which offers payment options via UPI, EMI card, or credit card. This payments piece will sit as the frontline engagement tool for customers on a day-to-day basis. Jain says that the payments offering is linked with a unique reward system—offering something called ‘Triple Reward’, which means a customer can choose between cashback, Bajaj Coins or vouchers. It is also creating a Bajaj Pay payments solution for its 120,000 merchant partners. There are plans to launch card swiping machines at point of sale (POS), QR codes, and a payment gateway business. Jain is betting big on payments, where companies like Paytm and BharatPe have built a large network. “Payments will be the main hook or engagement tool both for clients on one hand and merchants on the other hand,” predicts Jain.

While fintech firms are building a lending model on top of payments, Jain is doing the reverse. He explains that the company is a licensed consumer finance company with a complete suite of products. “To reduce friction in the financial services business, you need to manufacture. If I don’t manufacture, I can’t understand the nuance of the business and, in the process, I can’t reduce friction,” says Jain. The entire transformation plan is already in progress. It has now been 18 months since Bajaj started Phase 1 where it plans to shift all existing consumers to the new digital platform in a staggered manner. Under Phase II, which will be launched in the next eight to nine months, the new-to-Bajaj customer journey will emerge. The app features will also increase from 55 to 117. “So far, the company’s consumer durables financing [business] has been the frontrunner of its customer acquisition engine. However, with the newly launched payments portal, the effectiveness of customer acquisition increases, along with lower costs and minimal risk,” says Philip of Axis Securities.

Shweta Daptardar, Vice President at Elara Securities India, says the development of new marketplaces and apps will translate into increased cross-selling initiatives, higher customer retention, and an improved customer acquisition run-rate. “All of which should culminate in better business traction,” says Daptardar. Jain is eyeing higher engagement rates with customers, which are likely to jump dramatically. “A significantly superior customer experience should naturally lead to much higher products per customer. It may lead to higher growth and a lower cost of operations,” he says. The company will eventually have three integrated ecosystems of app, web and physical products to offer anything and everything. “This is really what we call the omnipresent financial services model,” says Jain.

But there will also be challenges on the way. Post the debacles of IL&FS and Dewan Housing Finance, the Reserve Bank of India has suggested bank-like tough regulations for large NBFCs. Based on RBI’s draft guidelines, Bajaj Finance is likely to be placed in the top layer of regulations, which means a higher minimum capital requirement and more supervisory eye.

What about turning into a bank? Well, that has its own pros and cons. “The company would enjoy stable liability management backed by current and savings accounts (CASA), but spreads and returns on assets (RoAs) will take a hit as becoming a bank would mean fulfilling cash reserve ratio and statutory liquidity ratio requirements,” says Daptardar of Elara Securities. There are also prior ity sector regulations for deploying capital. Philip of Axis Securities believes that “at an opportune time, there is a possibility that the company will apply for a universal banking licence or look for inorganic acquisitions in the space if permitted through regulations”. Jain certainly has a game plan in mind. He believes that all the current business initiatives and steps of Bajaj Finance are already in the direction of a bank. “If the new omnipresent financial services model is to become a bank eventually,” argues Jain, “it will create a distinctly differentiated bank.