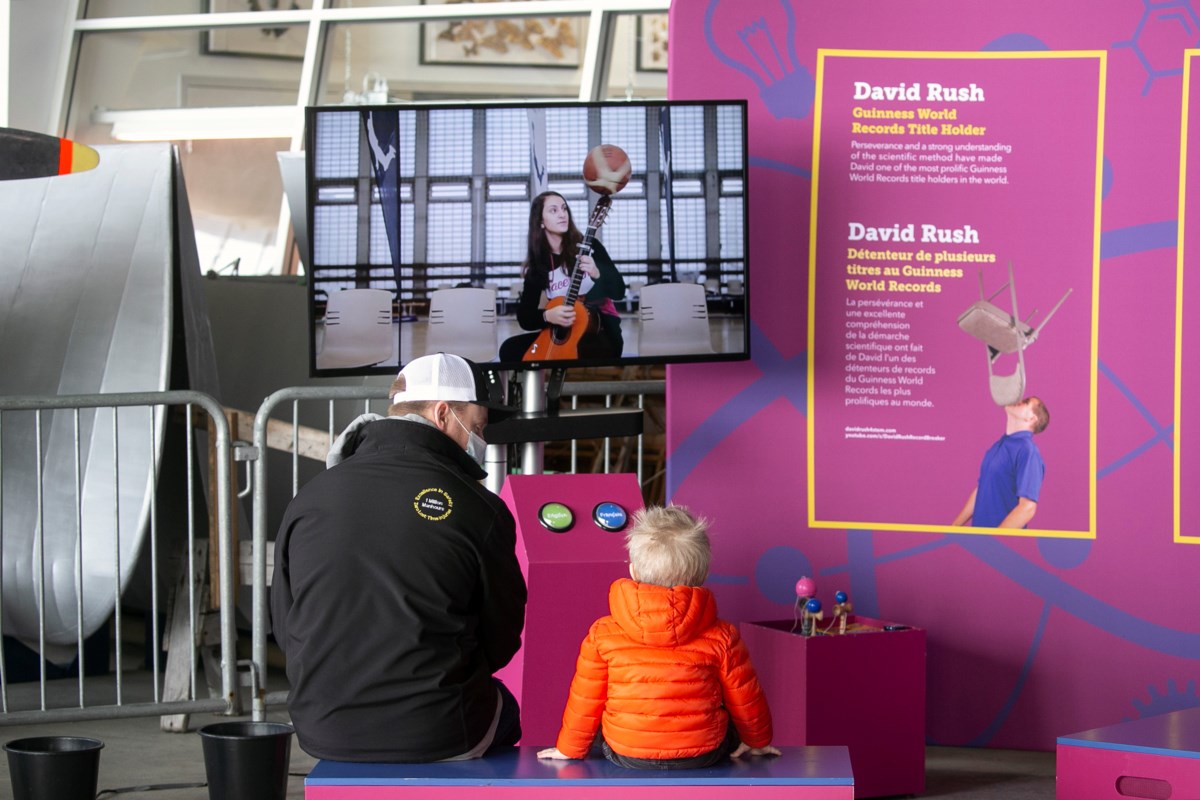 A new Guinness World Records exhibit at the Canadian Bushplane Heritage Centre aims to help kids of all ages to learn more about the science behind World Record attempts, even if they are having too much fun to notice it’s educational.

‘The Science of Guinness World Records’ is an exhibit that is travelling across Northern Ontario thanks to Science North. It will call the Canadian Bushplane Heritage Centre home until May 12.

The Sault is the final destination for the exhibit, which has already spent time in Thunder Bay, Kenora, Timmins and North Bay.

“The exhibit opening today is a great example of how Science North has been able to partner with communities and organizations in northern Ontario to make amazing things happen,” said Ian McMillan, board member for Science North during a kick-off event on Friday.

The exhibit includes interactive games and display kiosks to help visitors to explore the science, perseverance and fun behind some of the record-breaking attempts and amazing feats. Entry to the exhibit is included with regular admission to the Canadian Bushplane Heritage Centre.

In his remarks, MPP Ross Romano noted his own family would often travel to Sudbury when he was a child to visit Science North and said the exhibit was a welcome addition to the Canadian Bushplane Heritage Centre, which is also the permanent home of the Entomica insect attraction.

“It gives us an opportunity to treat our kids to something very special here,” said Romano.

The exhibit is a produced in partnership with Ripley Entertainment, Inc. and Guinness World Records by Science North, with contributions by FedNor and the Northern Ontario Heritage Fund.