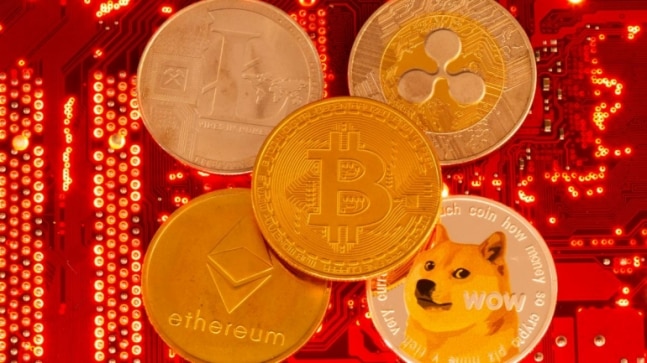 Prices of Bitcoin and major cryptocurrencies fell on Friday as investors’ appetite faded after Russia stepped up its attack in Ukraine.

Popular cryptocurrencies such as Dogecoin was down by 5 per cent, Polygon fell by 4 per cent and Shiba Inu was down 4 per cent.

Meanwhile, China is all set to approve trials of the central bank digital currency – digital Yuan – in a number of cities and regions. Economic sanctions on Russia have put the spotlight on the potential role of digital assets and cryptocurrencies.

TIPS FOR BITCOIN BUYERS IN INDIA

“Bitcoin slipped below US$42,000 in the past 24 hours. The second-largest cryptocurrency, Ethereum, is trading at US$2,700. Most of the cryptocurrencies in the market are also down as Russia escalates its attack,” Edul Patel, CEO and Co-founder, Mudrex said.

“BTC’s support price holds between US$37,000 to US$40,000. To sustain the recovery phase, buyers must keep BTC above the US$37,000 breakout level. Since there are very few signs of exhaustion, it could keep the short-term buyers active in the crypto market,” Patel said.