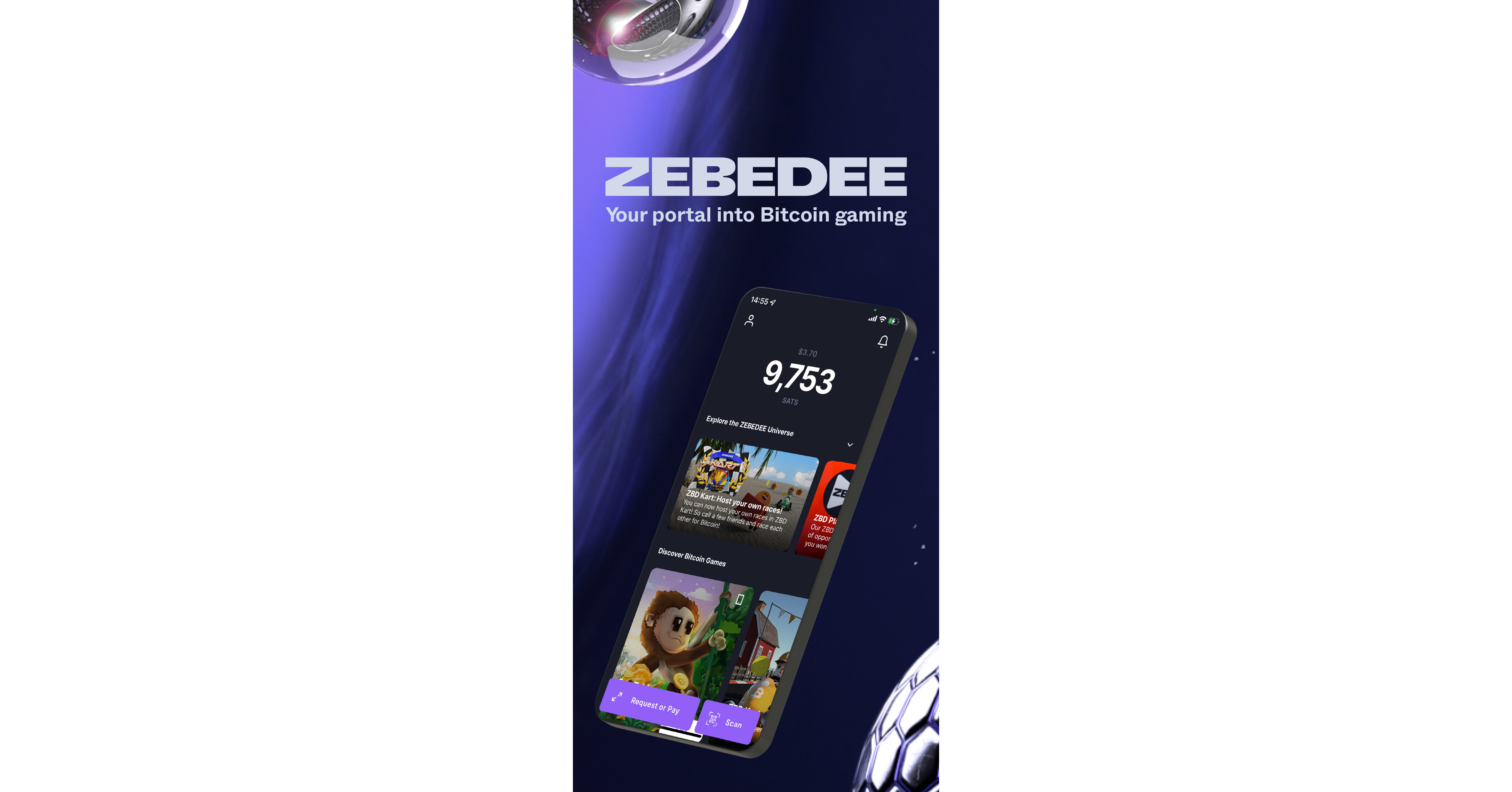 HOBOKEN, N.J., March 3, 2022 /PRNewswire/ — ZEBEDEE, the leading fintech for Bitcoin gaming, today announced that its wallet app is now the ZEBEDEE app — a one-stop-shop for anyone looking to enter the world of Bitcoin gaming. While Bitcoin Lightning wallet capabilities remain part of the app, they are moving into the background to create an experience focused on gaming and gamer communities.

Gamers can now discover a range of Bitcoin-powered games inside the ZEBEDEE app, and access the latest Bitcoin gaming news, announcements, guides and events as well as connect with the quickly growing Bitcoin gaming community. Users will be able to launch games directly from the app and use their associated ZBD login to join online Bitcoin games as well.

This is the first in a line of significant updates that will introduce more highly innovative features aimed at both competitive and casual gamers, and new opportunities for interoperable digital assets to form an essential part of the emerging metaverse ecosystems being built today.

“We started ZEBEDEE to make it as easy as possible for developers to add Bitcoin to their games, but also make finding and playing those games feel completely intuitive and easy for the user,” said André Neves, ZEBEDEE co-founder and CTO. “The Lightning wallet functionality is still a very integral component, of course, but it’s only part of the story. And this story is not about finance, it’s about gaming, content creation, empowering communities and creating interoperability between different virtual worlds. There are three billion gamers in the world today. We’re not trying to get them to use finance apps. Instead, we’re building payments features seamlessly into apps that put gaming, connecting and fun first.”

The significance of this shift is compounded by the fact that the ZEBEDEE Wallet was one of the most full-featured and widely adopted wallets on the market. Although cryptocurrency wallets have so far been an app category of their own, ZEBEDEE has turned that paradigm on its head by introducing a gaming app that seamlessly incorporates payments functionality as a supporting feature to empower players of Bitcoin games. Unlike finance and cryptocurrency apps, ZEBEDEE is placing gaming features centerstage.

To discover Bitcoin games, communities and events that let you earn Bitcoin for free while having fun, download the ZEBEDEE app via Google Play or the App Store.

About ZEBEDEEZEBEDEE is the leading fintech focused on providing Bitcoin services for the gaming industry. Its sophisticated tools enable developers to create Bitcoin-powered games and communities for players, and erase the boundaries between real and virtual economies by powering game titles with the world’s largest cryptocurrency. Learn more about Bitcoin Gaming and the benefits it brings to developers and gamers alike at zebedee.io.