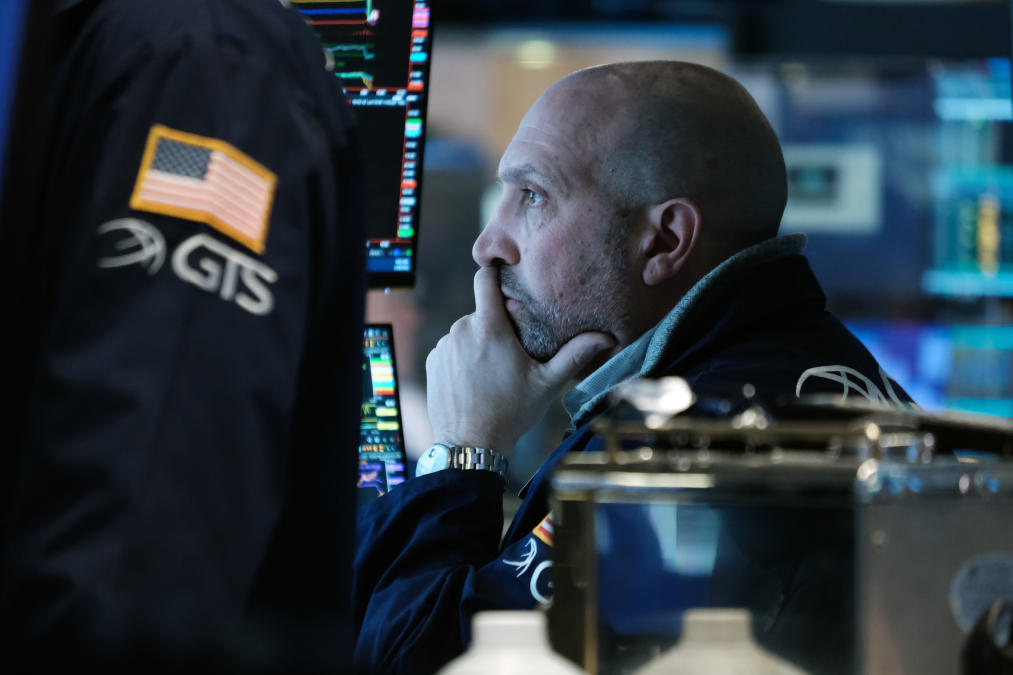 Contracts on the S&P 500 edged lower. The index ended higher by 1.9% Wednesday afternoon to close marginally below 4,400 during the regular trading day. Treasury yields also rebounded as investors slowed a flight to safe havens, and the benchmark 10-year yield hovered just below 1.9%.

Investor focus turned to Powell’s testimony before the House Financial Services Committee on Wednesday, during which the Fed chief said explicitly that he would back a quarter-point interest rate hike following the Fed’s March meeting later this month. Powell left open the possibility that the Fed would raise interest rates and tighten more aggressively later this year, however, given the current, persistent inflationary pressures rippling across an otherwise solid U.S. economy.

“By expressing that 25 basis points is the likely path of the Fed, that takes away some of the uncertainty. And there was a big debate in the markets about whether it would be 25 basis points or 50 basis points out of the gate,” Chris Zaccarelli, chief investment officer for Independent Advisor Alliance, told Yahoo Finance Live on Wednesday.

“Clearly, [with] the conflict in Ukraine and the sanctions potentially dampening global economic growth, that makes it more likely that the Fed would want to go a little more slowly,” Zaccarelli added. “But on the other hand, inflation is rising … It’s our concern that they will have to go for longer and higher than people are currently expecting.”

Powell is set to deliver the second day of his semi-annual address before the Senate Banking Committee on Wednesday.

And a continued melt higher in energy prices has further stoked inflation concerns. U.S. crude oil prices jumped above $112 per barrel on Wednesday to reach a more than decade high, as investors monitored the potential energy-market fallout from Russia’s invasion of Ukraine. And in late trading, Brent crude — the international standard — topped $115 per barrel for the first time since 2008.

And other data on the U.S. economy have pointed to a tight labor market, suggesting rising wages will also remain an ongoing contributor to inflation. ADP said Wednesday that U.S. private-sector payrolls grew by 475,000 in February, or well above the 375,000 jobs expected, following a jump of more than half a million jobs in January. The Labor Department’s official February jobs is due for release Friday morning, and is expected to show a 5.8% annual increase in average hourly earnings.

“Wage growth right now is too high for comfort, no matter how optimistic you might be about the outlook for productivity growth, and the Fed has to signal to the private sector that it is serious about preventing a wage/price spiral,” Ian Shepherdson, chief economist for Pantheon Macroeconomics, said in a note Wednesday. “QT [Quantitative tightening] remains under discussion, with no announcement imminent, but we think that every voting FOMC member right now expects to vote for a hike this month.”

Here were the main moves in markets Wednesday evening: