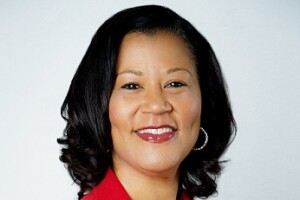 Carmen Chubb has been named president of Columbia Residential, a leading affordable housing developer, owner, and manager. She will be responsible for managing the development, asset management, and housing preservation operations at the Atlanta-based firm.

“This is an important milestone for our company,” said CEO Jim Grauley. “Carmen brings her superb reputation, leadership skills, and track record in affordable housing and community development to Columbia Residential, where she can have a direct impact on so many communities and residents we serve. She is uniquely qualified to help us further propel our mission and vision for delivering quality affordable housing in the southern United States.”

She recently served as chief of staff for former Atlanta mayor Keisha Lance Bottoms and as a former deputy commissioner for the Georgia Department of Community Affairs. During her 25-year career, she has overseen statewide policy, programs, and financing resources for affordable housing, including Department of Housing and Urban Development (HUD) and Treasury funding, low-income housing tax credits (LIHTCs), and mortgage revenue bonds. She is also the recipient of the Lifetime Achievement Award for leadership in affordable housing from Smith’s Research & Gradings.

Derek Hammond has been named president and chief financial officer of affordable housing development. He has a wealth of knowledge and experience in real estate, including sales and refinance, tax projections, partnership structuring, housing tax credits, and acquisitions. He is responsible for the strategic direction and pursuit of development opportunities. He previously worked at the Dauby O’Connor & Zaleski (DOZ) accounting and consulting firm.

Drew Rosenbarger has been named vice president, development. He started as a development associate with Flaherty & Collins in 2017 and is responsible for identifying new development opportunities for affordable housing and mixed-income projects and managing them through stabilization and asset management. Earlier in his career, he worked at the Indiana Housing and Community Development Authority.

Vince Toye has been named head of Community Development Banking (CDB) at JPMorgan Chase. The CDB business finances affordable housing and economic development projects to support healthy, thriving neighborhoods in low- and moderate-income communities. Toye, who has over two decades of experience in community development financing, will be based in New York.

Since joining Chase in February 2021 as head of agency and off-balance sheet (OBS) lending for commercial banking, Toye has focused on building a team that provides the firm’s commercial real estate clients access to a broad suite of lending and credit solutions through government-sponsored enterprise partnerships. He will assume his new CDB leadership responsibilities immediately, while continuing to oversee the agency and OBS lending business.

He takes over CDB from Alice Carr, who was named CEO of April Housing.

Prior to joining Chase, Toye was head of community lending and investment at Wells Fargo. Previously, he served as head of production for Wells Fargo Multifamily Capital, where he managed the government-sponsored enterprise originations team, increasing production, and overseeing the firm’s relationships with Fannie Mae and Freddie Mac.

Angela Kelcher has been named senior managing director to lead the national affordable housing debt production team at JLL Capital Markets. Based in Dallas, she will provide oversight to the platform as it expands its staffing, programs, and overall value creation in the space.

Kelcher joins JLL after 17 years with Fannie Mae, most recently leading a team responsible for strategy and deliveries from Fannie Mae’s nationwide network of lenders. In this role, she has held a multiyear track record of generating record-breaking volumes. Kelcher was recognized by Affordable Housing Finance as an industry catalyst and was named one of AHF’s Young Leaders. She has served on the board of the Central Arlington Housing Development Corp. and as an officer on the board of the North Texas Housing Coalition.

Launched in 2017 as an innovative, new model for housing-based collective impact in resident services, Connected Communities works with resident leaders, community organizations, and service providers to support WinnResidential and WinnDevelopment in driving positive outcomes for 62,000 households living in affordable and mixed-income housing in 16 states and Washington, D.C. Its innovations have included first-in-the-nation programming milestones, connecting a nationwide network of service partners through technology, and a national housing stability strategy that has earned praise from local, state, and national policymakers.

Toviyah Williams, operations analyst, will oversee the administration of the Connected Communities CONNECT 360 platform, the department’s community data and analytics system. She works closely with regional managers and community coordinators to understand and interpret data that allows the team to improve their service delivery model and measurable outcomes. Prior to joining WinnCompanies, Williams worked in a UX role at Apple, as a senior community life specialist with TCB’s HUD Choice Neighborhoods revitalization in Cincinnati, and led the community analytics team at the Urban League of Southwestern Ohio.

Robert Cain has joined CSD Housing of Rochester, New York, as director of real estate development. He will work to complement and expand the firm’s development and consulting activities across the state and into new expansion markets.

Bringing extensive experience in housing development and demonstrating expertise in real estate finance, Cain will work on site selection, lead due diligence activities, secure entitlements, close on all financing, oversee construction, and coordinate with marketing and leasing operations for both CSD and its clients. Prior to joining CSD, he worked for two large regional developers, PathStone Corp. and Dakota Partners, where over the past decade he played a critical role in managing a pipeline of projects totaling $580 million in project costs throughout the development life cycle.

CSD partners with the region’s top nonprofit service providers to develop exceptional supportive and affordable housing solutions that enrich the lives of individuals in the community.

Enterprise’s Chicago office has worked with partners and funders to create or preserve affordable homes for more than 18,000 families by leveraging more than $1.1 billion in capital. Sanders will lead a range of impactful programs, including the Chicago Flats Initiative, which supports the preservation of affordable, quality housing in small buildings with two to four units; Elevated Chicago, a collaboration of Chicago residents, community-based organizations, and city agencies working to support the advancement of Equitable Transit-Oriented Development; and efforts to address racial inequities in housing and the real estate industry, including Enterprise’s nationwide Equitable Path Forward initiative to increase access to capital for BIPOC-led real estate developers.

Sanders most recently served as deputy director for strategic planning and reporting at IHDA, where she supported urban policy and real estate development activities. Earlier in her career, she was the director of civic impact at WXY architecture + urban design and also worked at New York University’s Furman Center for Real Estate and Urban Policy supporting its research on housing policy.

Christine Vincent has been promoted to the newly created role of deputy director of capital development at the Massachusetts Housing Investment Corp. (MHIC), a tax credit syndicator and Community Development Financial Institution that provides innovative financing for affordable housing and community development in New England.

Vincent, who has been senior investment officer at MHIC, will be responsible for collaboratively developing the vision, strategies, and tactics for all capital raising. The role will support all aspects of investor relations regarding MHIC’s LIHTC, New Markets Tax Credit (NMTC), and Healthy Neighborhoods Equity Fund equity platforms and lending programs.

She joined MHIC’s finance team in 2007 focusing on NMTC fund management, compliance, and reporting and transferred to the development team in 2012. She is skilled at the marketing, acquisition, and underwriting of debt and equity products, specializing in complex LIHTC and NMTC transactions with a wide variety of financing structures.

Tell Metzgerhas joined the Community Preservation Corp. (CPC) as senior vice president, equity investments. He will lead the organization’s equity investing platform, which seeks to invest alongside like-minded partners to promote responsible, long-term ownership of multifamily business to ensure they will remain financially strong and physically sound for residents.

Metzger replaces Elizabeth Propp, senior vice president, investments and acquisitions. Over the last seven years under Propp’s leadership, CPC’s equity business has grown to approximately 4,000 affordable units, inclusive of the acquisition in January of more than 1,000 units in a 13-building affordable housing portfolio with properties in Brooklyn, Manhattan, and the Bronx. Propp also led CPC’s efforts as part of a team of mission-driven companies selected by the city in 2019 to rehabilitate and manage 1,700 units of public housing located throughout Manhattan; developed an investment program to support minority- and women-owned developers; and played a strategic role in CPC’s successful exit from a large legacy investment in the Bronx.

Before joining CPC, Metzger was the managing director of market-rate and mixed-income housing at L+M Development Partners, where he founded and managed a team that oversaw the development of more than $2 billion of new construction, mixed-use properties in and around New York City. He was also responsible for managing relationships with New York city and state agencies, lenders, equity providers, and partners.

He joins as a managing director, bringing deep experience across the multifamily capital markets. In his previous role at KeyBank Real Estate Capital, he led production efforts in the Southeast, focusing on Fannie Mae, Freddie Mac, FHA/HUD, CMBS, and bridge products. Before that, Ritter was with Colliers International in Atlanta, where he placed debt and equity for owners and operators across the country.

Prior to joining DCHFA, Redfern-Curtis was director of grants administration for Baltimore City’s Department of Housing and Community Development (DHCD). She has served as chief operating officer for ReBUILD Metro, deputy commissioner and assistant commissioner for land resources as well as director of permits, licensing, and registration at DHCD. She also played a vital role in developing and implementing Baltimore’s Vacant to Value Initiative to address blighted, vacant, and abandoned property in the city.