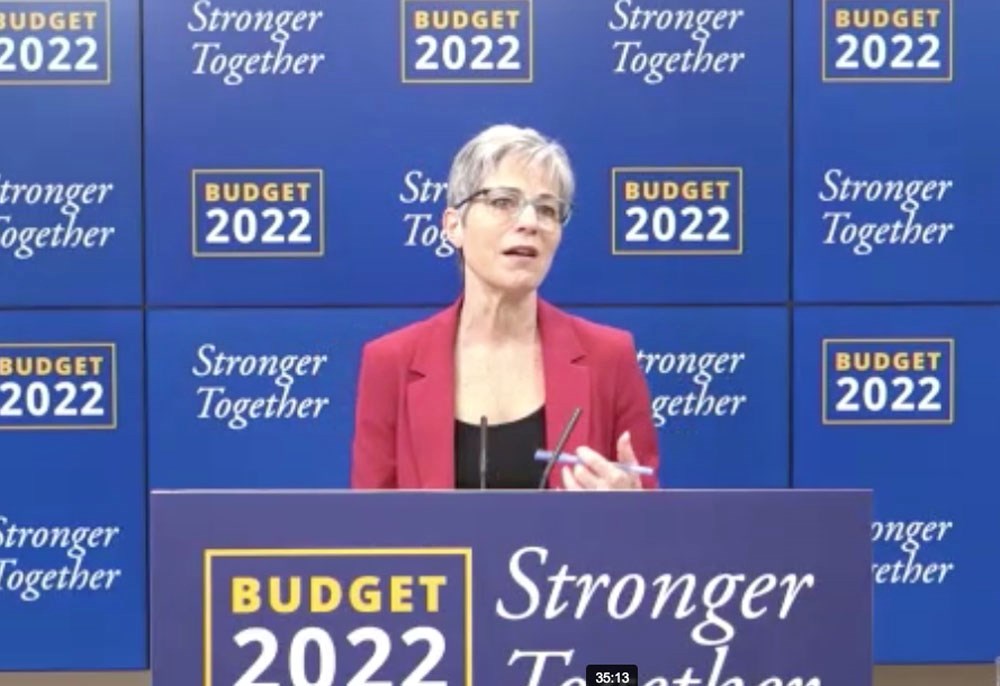 Some parents and autism organizations have been expressing their opposition to a new hub model for treatment.

The provincial finance minister defended B.C.’s move toward a “hub model” to provide services for children with various neurodiverse issues – a move that’s been criticized by parents of autistic children.

Forty hubs will be created over the province over the next three years, which will serve not only children with autism but other children needing specialized services as well.

Currently, children with autism receive a certain amount of funding that their parents can decide how to use for treatment. Many use small businesses to access treatment for their children.

Finance Minister Selina Robinson said the new model is about getting the “best care” for all children.

“What we were finding with the individual care framework, there were children whose needs were not being met under that framework,” Robinson said, speaking to a Richmond Chamber of Commerce audience Monday.

The B.C. budget included $170 million more in funding during this three-year transition period, which includes opening up two regional hubs this year.

The question at the chamber forum about the new model – posed by moderator and chamber CEO Dan Baxter – referenced small businesses that offer autism services, like speech and language pathologists. Robinson said these service providers and parents are being consulted in creating the new hub model.

Having families find services for children with autism, however, wasn’t working for all parents, Robinson said, adding some parents don’t have the capacity, resources, time or sometimes language skills to put together a plan for their child.

Furthermore, in some parts of the province, there weren’t services available for children with autism.

“So, it really meant that we were leaving children behind,” she said.

Under the new model, treatments will be offered at these 40 hubs.

Robinson, however, also pointed out getting a diagnosis for a child with autism or another neurodiverse issue takes a long time, and the new model will treat children who don’t yet have a diagnosis.

Kaye Banez, a Richmond parent of a boy with autism, however, previously told the Richmond News she was concerned these services would be too generalized.

In response to the proposed changes, 34 organizations, including the Pacific Autism Family Network, located in Richmond, wrote to the government opposing the changes.

Besides a lack of information and consultation on the new model, these organizations say children with autism would lose out on individualized support.

“Families are deeply concerned that they will receive generic services at a hub that lacks this depth of knowledge about their child’s specific disability,” reads the letter from the organization to the Ministry of Children and Family Development.