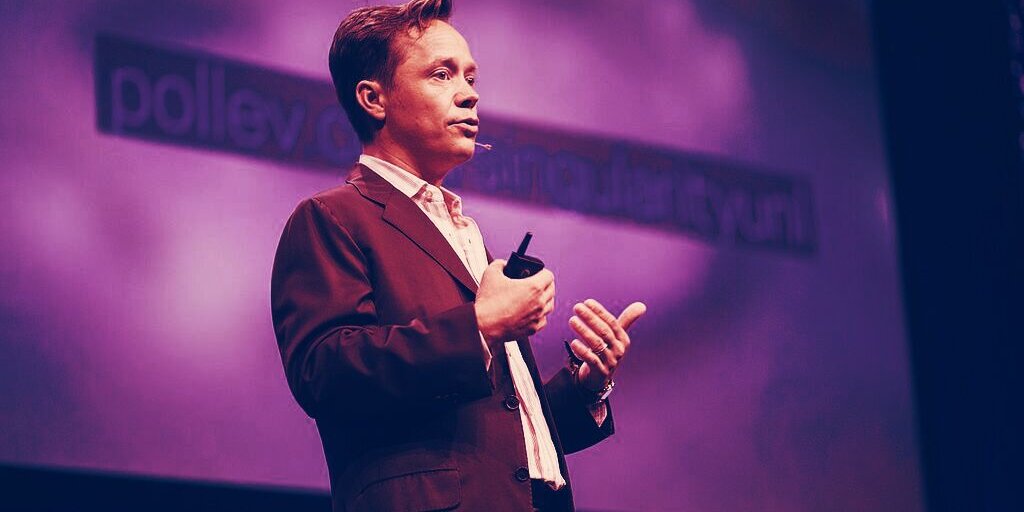 After waging an unsuccessful bid in 2020 to become U.S. president, EOS co-founder and Bitcoin multi-millionaire Brock Pierce is scaling back his political ambitions to merely replace retiring U.S. Senator Patrick Leahy of Vermont.

Pierce filed a statement of candidacy with the Federal Election Commission on November 11. And a quarterly financial summary shows that his campaign spent over $251,000 to end 2021, thanks mainly to a $200,000 loan from the candidate to the campaign—though Democrat Peter Welch has outraised the EOS co-founder and had over $2.5 million in cash on hand at the end of last year.

But as state news website VTDigger reports, it’s not certain Pierce, a denizen of Puerto Rico, even qualifies to run. It quotes Vermont Law School Professor Peter Teachout, who says while it’s “technically possible” for Pierce to just buy or rent a house in the state, it’s “realistically highly unlikely.” Without a history of paying taxes in Vermont, holding a state ID there or voting there, Pierce’s candidacy could get thrown out in court.

Pierce, however, claims “deep family roots” in the Green Mountain State and claims on his campaign website to have moved there. On the site, he positions himself as an independent who can use his technology expertise to expand internet and cellular service in Vermont, create high-paying jobs, and improve the sustainability of the state’s agriculture.

Pierce is a former child actor who co-founded VC firm Blockchain Capital in 2013, Tether in 2014, and EOS creator Block.one in 2017.

Still, Pierce hasn’t officially announced his candidacy and may not yet be fully invested in winning. He’s spent the better part of a month on a trip through the Middle East to discuss technological issues with regional lawmakers. And his Twitter page contains scant reference to his candidacy—though it does feature photographs of Hollywood conservative Jon Voight.

In a December interview with Roundtable, the crypto website he co-founded, he said that he is serious about getting elected. Said Pierce of his presidential campaign, which was announced just four months before Election Day, “I didn’t do it with the intention of winning. I did it as an exploratory mission to understand the mechanics of the system.”

By contrast, he said: “This run is very different, because I can win this race.” His goal, which he says is doable, is to knock on every door and talk to 250,000 people. But he’s still holding conversations with Vermonters and will only continue with his campaign if there’s a consensus that “yes, Brock, we think you’re the best candidate for us.”

“So far,” he said, “that has been the response from all my conversations.”