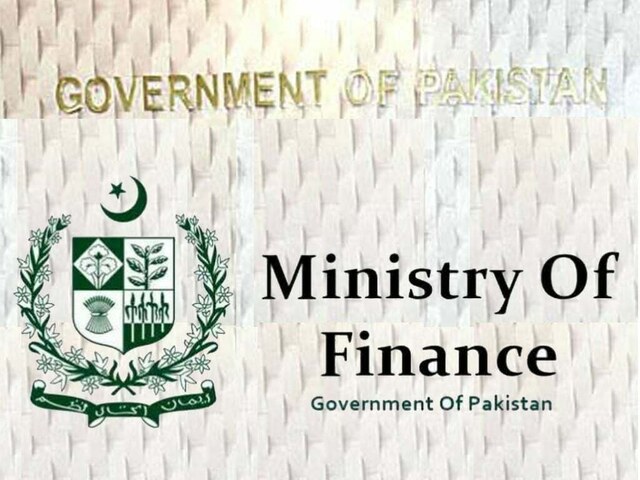 ISLAMABAD: This is apropos a Business Recorder op-ed “Very fragile BoP”, carried by the newspaper on Tuesday, the Finance Division, Government of Pakistan has said that “the writer has claimed that the numbers are truly scary and highlight the extremely vulnerable position of Pakistan. The current account deficit has hit an all-time peak level.

Cumulatively, the deficit has reached the level of dollar 11.6 billion in the first seven months of 2021-22, equivalent to over 6 percent of the GDP on an annualized basis. This is in sharp contrast to the IMF and the SBP projection of 4 percent of the GDP. If the trend persists then the annual current account deficit could approach the record level of dollar 19 billion in 2017-18.

“Ministry of Finance believes that the author has turned a blind eye to some of the facts by not incorporating the legitimate reasons for the current account deficits. We cannot ignore the economic rebound after the devastating Covid-19 impact. The demand for imported raw material has surged to support the increased economic activities. So there is no need to panic as long as our current account deficit is sustainable because the underlying drivers will support a smooth correction in the future.

“Our analysis indicates the current position of current account would not trigger any disruptive adjustments. The government has recently made onetime payments for importing vaccine worth more than $ 2 billion and spending huge chunk on the import of food items for building strategic reserves. Besides these payments, there were also some institutional one time payments, for instance, government has repaid $1 billion of Sukuk as on 30th October 2021.

“In the present article, the writer has also neglected the impact of seasonal factors on imports and exports. Normally, in the months of December and January, there is a surge in the demand for imported raw materials to meet the growing demand caused by growth in the LSM sector. Furthermore, we have recorded a slight decline in remittances due to the seasonal factors. But we are of the firm belief that this decline will be offset by the expected rise in remittance on the eves of Ramazan and Eid in the months ahead.

“The writer’s assumption that current trend of surge in imports will persist is not true as the one time payments for vaccines and institutional payments have already been made. The inventory of policy measures of the government has already started showing result in the form of higher exports in the first seven months. The imports has also registered declining trend and a 2% reduction on MoM basis has already been recorded.

“The government has introduced various measures to increase exports including facilitating exporters and encourage timely inflow of export proceeds. The scope of Export Finance Scheme (EFS) has also been enhanced. Exporters can obtain financing from banks by discounting their export bills/receivables (both post shipment &pre-shipment) under this scheme at rates ranging from 2% to 3% depending upon the tenor of discounting.

The extended period of up to 180 days from date of shipment shall be provided for realization of export proceeds from abroad subject to certain conditions.

“The government has also taken various measures recently to discourage the import of luxury items, expensive mobile phone and luxury motor cars, SUVs and other motor vehicles to arrest the current account deficit. Government has increased FED from 25% to 30%. FED has been increased from 30% to 40% on vehicles of cylinder capacity exceeding 3001cc. Rate of sales tax on imported EV in CBU condition has been enhanced from 5% to 12.5%. The sale tax @ 17 percent ad valorem has been introduced for imported mobile devices valuing more than US$200. Eighth Schedule has now been streamlined and a number of reduced rates and concessionary regimes have been withdrawn brining these goods under standard regime.”

“SBP has also revised the prudential regulations for Consumer Financing prohibiting financing for imported vehicles. Furthermore, SBP Imposes 100% cash margin Requirement on Import of additional 114 Items. The measure will discourage imports of these items and thus support the balance-of-payments.

“Last but not the least, earlier the significant contribution was from the price effect due to exchange rate depreciation. Now our exchange rate has also started to streamline.

“We strongly disagree with the author and believe that our current account deficit is not likely to be unsustainable and lead to harmful consequences. This is fueled by investment rather than consumption. We cannot see any immediate-term financial vulnerabilities as our remittances will rise in remaining four months, imports will be moderated and export will increase.”