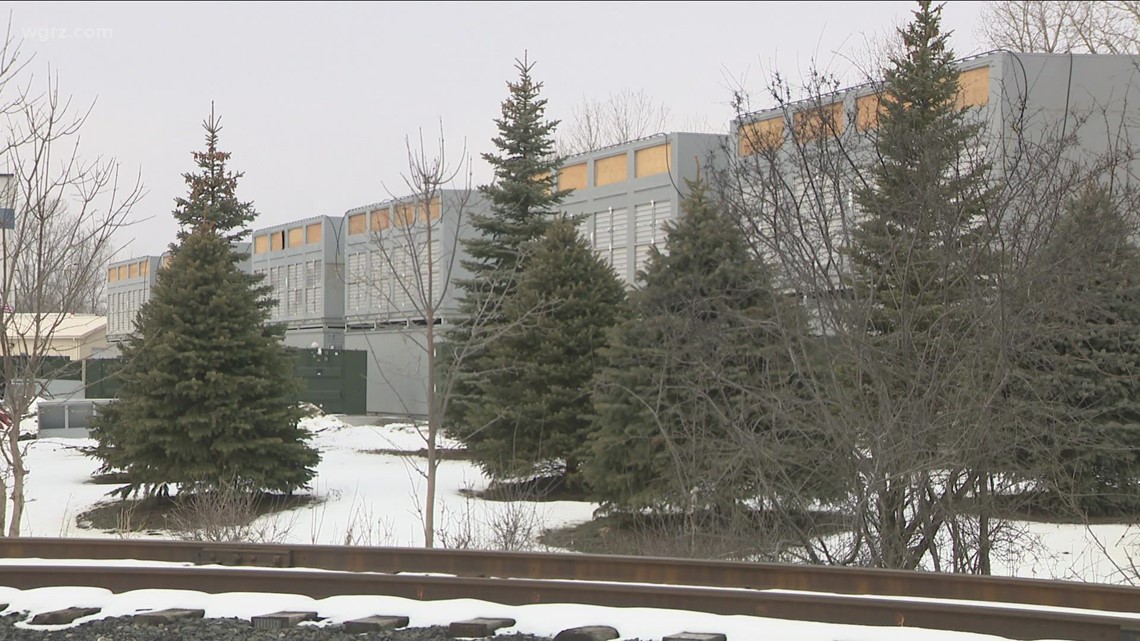 The folks we’ve already talked to in the North Tonawanda neighborhood near Erie Avenue say it’s a loud howling pitch or whistling sound which has bothered them.

NORTH TONAWANDA, N.Y. — Some North Tonawanda residents who live near Erie Avenue are raising their voices over the loud annoying sound they say they’re dealing with from what’s called a bitcoin mining facility which is now being set up in that community.

The folks we’ve already talked to in the North Tonawanda neighborhood near Erie Avenue say it’s a loud howling pitch or whistling sound which has bothered them in recent weeks. As one told Channel 2’s Rob Hackford, “I guess the thing was like a jet engine running.”

Some have tried to record it on their security cameras and city police have actually been checking decibel levels near the Fortistar power production plant. That’s where the Canadian-based-Digihost firm has set up trailers and other structures to house linked computers that actually do the digital miming process for bitcoin. The computers and their cooling fans apparently are the source of the annoying sound with testing underway. at the plant which Digihost hopes to buy.

Mayor Austin Tylec says police have been checking decibel levels near the plant because the city does have some noise ordinances but apparently they are within the legal limits and the city’s powers are somewhat limited.

Meanwhile, the city seeks solutions with Digihost and acoustic engineers. Mayor Austin Tylec told 2 On Your Side “They’re looking at like insulated damper panels to absorb the sound. They’re looking at trying to direct it into the sky a little bit more.”

And in the background, there’s a lawsuit to be heard tomorrow in Nagara County Court where two upset residents are raising questions about the city’s approval process for this project from last year.

Actually Tylec – the new Mayor had requested a temporary moratorium on development for this project to further study issues like perhaps what they’re hearing about now. It was voted down 3 to 2 by council members back in September

He says, “I knew that it would be an issue if that did fall through which it did. Because now the government can only do so much – right. we can only enforce the existing ordinances that we have and we’re certainly going to do that. But you know there’s still a nuisance piece that – a disturbance piece – even if they’re right below that decibel level. And that’s why they’re trying to just – again we’re working with them and trying to make sure that we can all get along and find a solution.”

We also spoke to Buffalo Business First reporter Jim Fink who has covered these projects before. He tells us developers are attracted to this area for the power resources available like hydropower from Niagara Falls and special low pricing agreements for power available from the New York Power Authority. Fink says more are apparently planned for Niagara Falls and Buffalo where they may locate in former industrial areas.

Fink says they may seem like a good idea for community leaders but again there could be tradeoffs.

“Somebody wants to come in from the private sector, buy this plant, reactivate it, put it back on the tax rolls. And yes it creates some jobs. So that’s on the plus side. On the negative side – there’s the environmental issues – the noise and what-not. So it becomes a sort of a conundrum for the municipalities – do we approve them, don’t we approve them – what conditions do we attach – can we attach them?”

And as for the sound issue, Fink says, “The noise issue is not exclusive to North Tonawanda. it is an issue across the country where these are. So technology is such – I’m pretty confident that they’ll figure out a way to buffer the sound – maybe not tomorrow but down the road.”