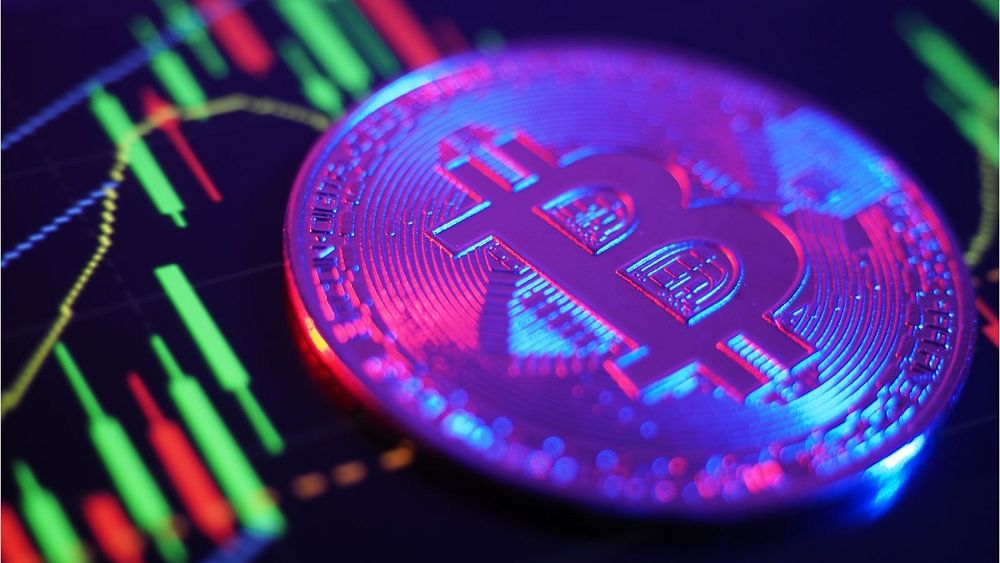 As Russia’s rouble buckles under sanctions, Bitcoin and other digital currencies are rising, stoking speculation that their use could help Moscow bypass the West’s economic blockade.

Russia’s invasion of Ukraine has sparked a slew of economic sanctions from governments around the world, sending the Russian currency plunging to record lows and raising the spectre of hyperinflation.

Meanwhile, crypto trading has risen, with Ukraine calling for donations in digital currencies to back its war effort, and raising more than $35 million (€31.5 million) so far, according to the blockchain analysis firm Elliptic.

In February, Ukraine’s parliament passed a law legalising the use of cryptocurrency, and the country now ranks fourth in the world in terms of cryptocurrency adoption, according to the blockchain data platform Chainalysis.

‘Meme coins’ worth more than roubles

The market capitalisation of Bitcoin worldwide now exceeds that of the rouble, according to data from CoinMarketCap.

That means that all of the Bitcoin traded worldwide is worth, together, more than all of the roubles in circulation worldwide.

The Russian currency is currently ranked 17th in market value, behind the Thai baht and the Mexican peso.

The rouble is now worth even less than Dogecoin, a cryptocurrency that was initially created as a joke poking fun at the wild speculation surrounding cryptocurrencies.

Western allies have sought to punish Russia for its attack with harsh financial sanctions, excluding some Russian banks from the SWIFT international payments system and freezing Russia’s central bank reserves.

The sanctions have caused the rouble to plunge to record lows against the dollar, and sent Russian people queuing outside banks to withdraw cash.

As the value of the rouble tumbles and the risk of hyperinflation grows, the Russian central bank moved to raise its key interest rate to 20 per cent on Monday.

EU probing use of crypto to bypass sanctions

As more Russians may now be tempted to convert their money into cryptocurrencies, Ukrainian officials have called on crypto exchanges to block Russian users and freeze assets linked to them. Many exchanges have rebuffed the calls, others have declined to comment.

Cryptocurrencies are by design a way to circumvent traditional financial institutions, and their growing success has been making Western governments nervous.

Russia is already the world’s third-largest Bitcoin miner. And Iran has used Bitcoin mining in the past to bypass trade embargoes.

European Union officials admit that crypto mining and trading could be used to undermine sanctions on Russia, and say they are looking into it.

“We are aware there are routes for circumvention and various attempts to circumvent the sanctions. We are looking into this,” an EU official told reporters in Brussels on Wednesday.