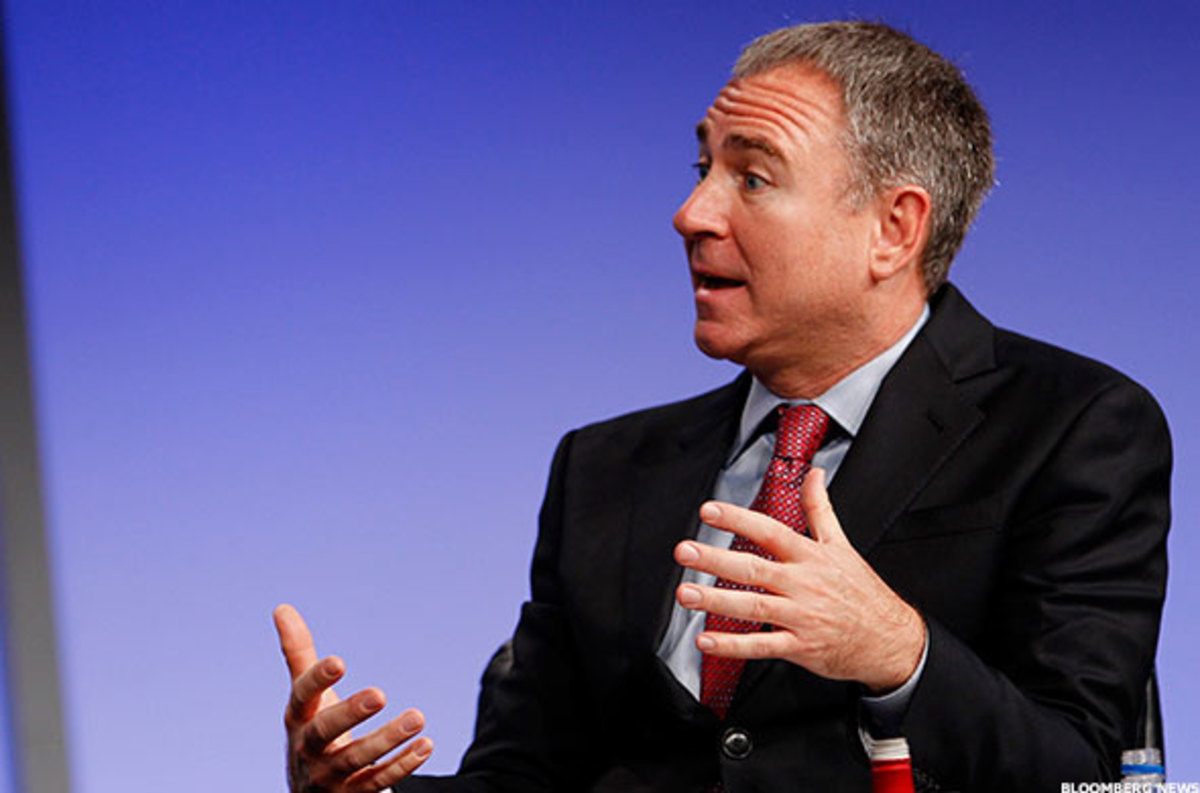 Billionaire Ken Griffin has a rocky relationship with the crypto sphere, to say the least.

After being one of the fledgling critics of the young industry, he distinguished himself by buying up at the last minute a copy of the American Constitution that fans and admirers of the crypto industry wanted to acquire by organizing themselves around ConstitutionDao.

Dao is a decentralized autonomous organization whose objective is to replace hedge funds and the hierarchical organization of the classic corporate structure. You can read more about DAOs here.

In addition to this fact of war, Griffin had harsh words with respect to bitcoin, of which he often denied the usefulness or even the existence.

He has thus dealt with the most popular cryptocurrency of “jihadist call that we don’t believe in the dollar.”

Griffin is ranked 41st in Bloomberg’s Billionaires Index, with an estimated net worth of $30.2 billion.

“I wish all this passion and energy that went to crypto was directed towards making the United States stronger,” Griffin said at the Economic Club of Chicago last October.

“It’s a jihadist call that we don’t believe in the dollar,” he said. “What a crazy concept this is, that we as a country embrace so many bright, young, talented people to come up with a replacement for our reserve currency.”

It is therefore logical that the billionaire who founded Citadel Securities, a successful hedge fund, has become a sort of villain and pariah in the crypto space.

But Griffin seems to have changed his mind. In an interview with “Bloomberg Wealth with David Rubenstein,” he admits he was wrong and seems to want to start a new relationship with the crypto industry.

“Crypto has been one of the great stories in finance over the course of the last 15 years. And I’ll be clear, I’ve been in the naysayer camp over that period of time,” Griffin told Bloomberg.

“But the crypto market today has a market capitalization of about $2 trillion in round numbers, which tells you that I haven’t been right on this call.”

If he still says he has some doubts, he adds that Citadel will invest in the next few months in cryptocurrencies.

“I still have my skepticism, but there are hundreds and millions of people in this world today who disagree with that,” he said. “To the extent that we’re trying to help institutions and investors solve their portfolio allocation problems, we have to give serious consideration to being a market maker in crypto.”

He added some caveats, but had a timeline, too.

“It’s fair to assume that over the months to come, you will see us engage in making markets in cryptocurrencies,” he said.

This conversion of Griffin to cryptocurrency has, as expected, earned a great deal of commentary on social networks.

“After saying that he doesn’t believe in it. Classic Wall Street,” another user commented.

Most of the comments were in this tone, with some saying even advising Griffin not to invest in cryptocurrencies.

“He will exit as soon as he finds out there’s no naked shorting or dark pools in crypto,” added another user.

Besides his statements about digital currencies, Griffin and cryptocurrency fans have a complicated history.

Citadel, which is a market maker, had been accused by fans of the meme stocks who had instigated a revolt against Wall Street kingpins in January 2021, of having been behind Robinhood’s  (HOOD) – Get Robinhood Markets, Inc. Class A Report decision to suspend trading on GameStop  (GME) – Get GameStop Corp. Class A Report stock in full frenzy.

The supporters of the same stocks, who find themselves on forums on social media like Reddit, are often big fans of crypto.

Citadel and Griffin have repeatedly denied these accusations, saying that they had no role in Robinhood’s decision to limit trading in GameStop or any of the other so-called meme stocks.

“I first learned of Robinhood’s trading restrictions only after they were publicly announced,” Griffin told lawmakers during a hearing in February 2021.

Robinhood received over 35% of its revenue in 2020 from Citadel Securities, which pays the app for a feed of user trades before execution.