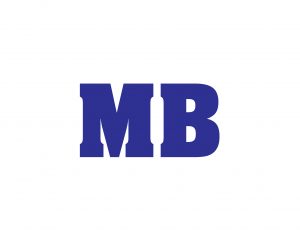 Secure smart contract network RSK announces that RBTC, a wrapped token that allows users to spend bitcoin on the RSK mainnet and Ethereum blockchain, will now be available to Filipinos.

According to a report from Yahoo! Finance, Filipinos are among some of the most active cryptocurrency holders in the world, with an estimated 20% of all Filipinos reporting having used or owned crypto. This puts Filipinos far ahead of many other countries in the world like the US (6%) and Japan (4%).

With bitcoin still indisputably the most popular cryptocurrency around, it can then be inferred that many Filipino cryptocurrency holders hold at least a portion of bitcoin. Yet the problem is that bitcoin transactions can only be completed on the Bitcoin blockchain, and not on increasingly popular alternative like the Ethereum blockchain.

With RSK, bitcoin transactions can now take place on Ethereum.

What is RBTC and how does it work?

RBTC functions similarly to wrapped bitcoin or WBTC. WBTC is a token created to make bitcoin usable on the Ethereum blockchain, whether it’s Ethereum wallets, apps, or smart contracts. For one, the value of RBTC is also pegged 1:1 with Bitcoin.

Given that the Ethereum blockchain has enjoyed increasing popularity recently (with some speculating it could soon end Bitcoin’s reign as the dominant blockchain), the ability for bitcoin to be used on its blockchain is beneficial.

RBTC is managed by the Powpeg protocol, which enables secure, permissionless, and trustless crypto transactions from the main blockchain to the secondary blockchain (RSK) and vice versa. The Powpeg system is supported by 11 independent bodies, all tasked with keeping hardware and blockchain nodes up and running. None of these 11 have the power to affect smart contracts or change the number of RBTC tokens in circulation.

In contrast, WBTC is managed by a federation composed of 3 publicly disclosed members. 2 of them can even make changes to the smart contracts or move funds at any time.

According to Asia Partner and Adoption Marketing Manager at IOV Labs (the company behind the RSK platform) Estelle Reynal, RBTC fulfills true decentralization and empowers Filipinos like no other token. “RBTC was created so that no outside body can just affect its value on a whim,” Reynal explained. “With RBTC, Filipinos can finally harness the best of both Bitcoin and Ethereum blockchains.”

Overall, Reynal and the rest of the RSK team see RBTC as a quintessential tool for helping Filipino crypto enthusiasts get the most out of their crypto investment in a safe and efficient manner.

“We see crypto as having the potential to be the future of money,” Reynal concluded. “RBTC is our way of helping Filipinos be a part of that future.”