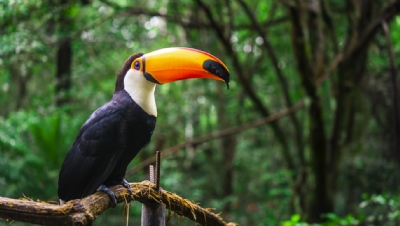 A coalition of the world’s largest environmental NGOs is urging developed nations to pledge at least $60bn for international finance for nature in developing countries annually, ahead of the UN’s biodiversity summit.

Announced today (1 March), the call to action is being made by organisations including WWF, the World Resources Institute (WRI), The Nature Conservancy and the Rainforest Trust.

The NGOs have pointed to the fact that, by UN estimates, less than $10bn is allocated globally to international biodiversity finance. The organisation recommended last year that at least $8.1trn is provided to nature-based solutions alone – projects which involve the restoration of ecosystems in a way that also enhances climate mitigation and/or adaptation efforts – by 2050.

Without increased finance, the NGOs are emphasizing, risks to biodiversity – and, in turn, to livelihoods, public health and the economy – will crystalise. WWF forecast in 2020 that the global cumulative cost of natural ecosystem damages will reach £8trn by 2050. Shortly after that prediction was published, the World Economic Forum released a paper outlining how the economy is more dependent on nature than previously thought, with half the world’s GDP ($44trn) dependent on nature.

The major new report from the Intergovernmental Panel on Climate Change (IPCC) this week has only emphasized the scale of this risk further.

There is an acknowledgement that private investment will need to play a major role in closing the biodiversity financing gap. Additionally, nations will need to increase spending from public coffers. However, the NGOs are pointing to the fact that around one-third of global threats to biodiversity are generated by international trade, particularly trade in commodities produced in developing countries for use in developed countries.

With this in mind, they are urging developed countries to collectively set the $60bn commitment. Nations that should contribute, they argue, include EU member states, the US, the UK, Japan and Canada.

“The consumption of resources in the developed world is a main driver of biodiversity loss, but its consequences are borne mostly by communities in developing countries who live in biodiversity hotspots,” summarized the International Union for the Conservation of Nature’s director-general Dr Bruno Oberle.

“Providing local and indigenous communities with the necessary means to conserve nature is not only a moral obligation, but also a sound investment that will generate high returns for all of us.”

The announcement from the NGOs come weeks before nations are due to meet in Kunming, China, to finalise a new global treaty aimed at halting and reversing nature loss.

The second part of the UN’s convention on biological diversity (CBD) is scheduled to begin on 25 April. The first part of the summit closed in October 2021 with strong progress towards a commitment to halt nature loss by 2030 and deliver a net-positive impact thereafter, that humanity may “live in harmony with nature” in all geographies by 2050.

Scientists and environmental groups have been pushing for a strengthening of the agreement from the current draft. But, with progress now more than 18 months behind schedule due to Covid-19, and the previous Aichi biodiversity targets being unmet, there is a consensus that the priority must be swift action and credible delivery.

Conservation International’s senior vice president for global policy and government affairs James Roth said: “The recent climate talks in Glasgow brought new commitments and funding for climate action, with a strong focus on the role of nature as a solution.  As the world prepares to meet in Kunming, we must raise our ambition once again for both action and funding for biodiversity.”

The provision of international finance for nature, the NGOs have stated, should form part of a “broader holistic effort”. They are also calling for governments to do more to end private financial flows to nature-wrecking activities and to eliminate subsidies that prop up harmful activities, replacing them with incentives for nature-positive activities.

To this former point, Global Canopy recently revealed that two-thirds of the world’s largest financial firms do not have policies to prevent deforestation caused by the companies they invest in and lend to.

To the latter point, a recent report from The B Team and Business for Nature found that the world is spending the equivalent of 2% of global GDP – around $1.8trn – on the subsidies that are causing ecosystem collapse and species extinction.

Also recommended by the NGOs are regulations requiring businesses and financiers to measure, assess and disclose their dependencies and impacts on biodiversity. The Taskforce on Nature-Related Financial Disclosures (TNFD) is developing a framework to enable this disclosure at scale, and expects to launch it in 2023. It will be voluntary in the first instance. However, nations may well make it a legal requirement, as G7 countries are doing for climate disclosures.