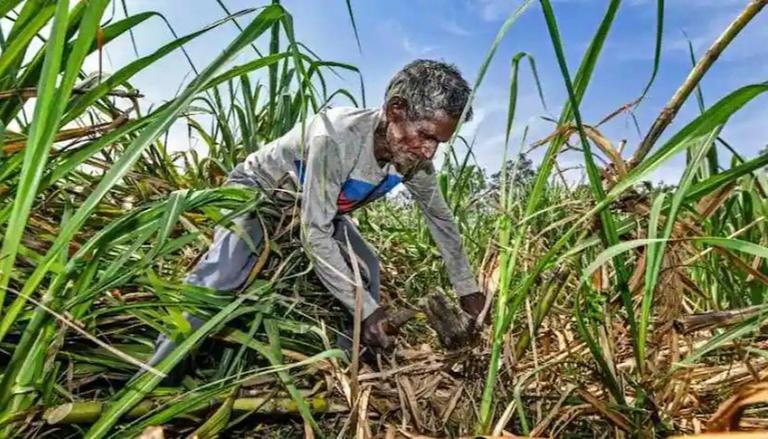 As Uttar Pradesh’s Kushinagar goes to polls on March 3, sugarcane farmers of the district, who are reeling under multifold problems, have demanded subsidies on diesel and loans for buying seeds. In the last two years, the farmers have incurred heavy losses due to extreme rain that damaged a large portion of the crops in the entire district.

As they failed to repay the loan taken under KCC (Kisan Credit Card) due to low harvest, farmers say they won’t get any loans under the scheme. Under this scheme, a farmer can get Kisan Credit Card, and avail loans with the lowest interest rate.

Based on the recommendations of a special committee, Kisan Credit Card (KCC) was launched in 1998 by the Central Government for farmers to avail credit at a reasonable rate. The scheme provides term loans to the farmers for covering the cost of farming, harvest, and farm maintenance. Some of the farmers of Kushinagar told ANI that they want a subsidized rate for diesel and a loan for seeds.

“Last year I suffered loss and this year also, the situation remains the same. We do not want subsidies on seeds. The present rate is Rs 350 per quintal for sugarcane. If we can get loans to buy the seeds, it will be of much help for us. The price of fertilizer is also increasing, do not know where it will stop,” said Ram Lal from Dumri village.

This eastern belt of the state, which is also known as the “sugar bowl of India”, does not have any sugar mills. Instead, sugar mills have been built in Pipraich in Gorakhpur district and Munderwa in Basti district.

Along with sugarcane, owing to its immediate profit, many farmers simultaneously began banana plantations a few years ago. However, due to rain and stagnant water on the field, the plants died, compelling farmers to return to sugarcane.

A cane farmer named Ajay Kumar Mal, who owns 10 acres of land in Babuiya Harpur said, “the situation is not good for the sugarcane farmers here at Kushinagar. For the last two years due to heavy rain and stagnant water on the field, both sugarcane and banana farmers faced a tough time.”

At present, the sugarcane economy in UP is estimated at Rs 40,000 crore. Despite that, cane farmers suffer multiple problems including delayed payments by the mills, rise in costs of fertilizers as well as pesticides for the last few years. this directly impacts the farmers of all scales among which mostly are small scale farmers.

In the sixth phase of the seven-phased Assembly elections, 10 districts including Kushinagar, Gorakhpur, Ambedkarnagar, Ballia, Balrampur, Basti, Deoria, Maharajganj, Sant Kabir Nagar, and Siddharthnagar are going to polls on March 3.

In the 2017 Assembly polls, the Kushinagar constituency was won by the Bharatiya Janata Party (BJP). Rajnikant Mani Tripathi of BJP won the seat by defeating Rajesh Pratap Rav alias ‘Banti Bhaiya’ from Bahujan Samaj Party (BSP) with a margin of 48,103 votes.

This time, PN Pathak from BJP is pitted against Rajesh Pratap Rao of SP. There are 14 blocks and 1,620 villages in Kushinagar that will vote in the sixth phase.

(With inputs from agency)