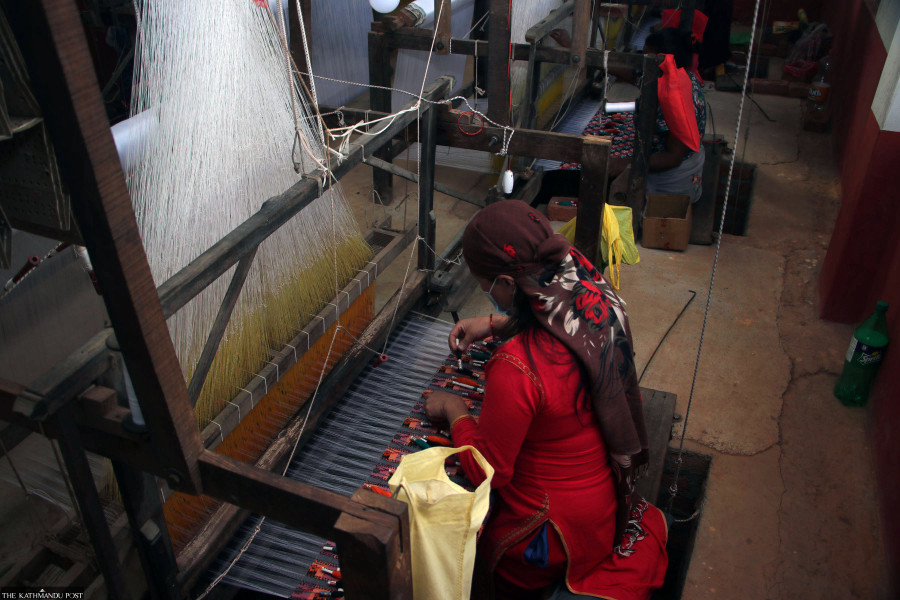 Business continuity credit scheme introduced by the government to support the pandemic-hit micro, small and medium enterprises and the tourism industry, appears to have failed to achieve its objective because very limited credit has been extended under the scheme.

Banks and financial institutions extended credits amounting to just over Rs173 million during the first half of the current fiscal year 2021-22. In the last fiscal year 2020-21, as much as Rs956.7 million was lent under the scheme, according to the central bank. By mid-October last year, just over Rs1.05 billion had been provided to Covid-19 affected enterprises and the amount of loans extended by mid-January stood at Rs1.13 billion.

The government had announced the scheme aiming to provide as much as Rs50 billion in subsidised lending through the budget for the fiscal year 2020-21.

“The scheme has little significance as there is little demand for credit under this scheme,” said Gunakar Bhatta, spokesperson at the central bank.

The two-year scheme introduced first through the budget of the fiscal year 2020-21 allows micro, small and medium enterprises and tourism businesses left cashless by the pandemic to borrow funds to pay their employees. Borrowers have to pay 5 percent interest in the first year and 6 percent in the following year.

Officials at the central bank and entrepreneurs attributed the lacklustre response to strict borrowing conditions, which bar businesses that have received subsidised credit under other schemes from applying for loans under the Business Continuity Credit Programme.

Clause 10 of the Business Continuity Loan Disbursement Procedures, 2020 state that borrowers who are enjoying subsidised loans from banks and financial institutions, government agencies or donor agencies are not eligible for loans under this scheme.

He also said that most of the trekking agencies also were not well informed about the scheme. “It would have been better if organisations like our association were also notified about the government’s scheme properly.”

According to officials at the central bank, one other factor behind the subdued demand for loans under the scheme is that the loan disbursement procedures were introduced only in November 2020, nearly six months after announcing the scheme through the budget statement in May of the same year.

A senior official told the Post that it was a deliberate move so that enterprises would first take loans through the regular windows. The central bank also announced a massive refinance package worth over Rs200 billion in the fiscal year 2020-21. In the last fiscal year, it approved a total refinance package of Rs148.75 billion for Covid-19 hit businesses, according to the central bank.

Under the refinance scheme, the central bank subsidises interest on loans by providing funds to commercial banks at 1 to 3 percent interest per annum.

“When the Business Continuity Credit Plan was announced, there was a question over whether Covid-19 affected businesses would get loans easily to continue their businesses,” said Bhatta. “Banks had adequate liquidity and borrowers received extra loans at cheaper rates easily through regular window and large scale refinance facility also helped them and there was no need to rely on business continuity loans.”