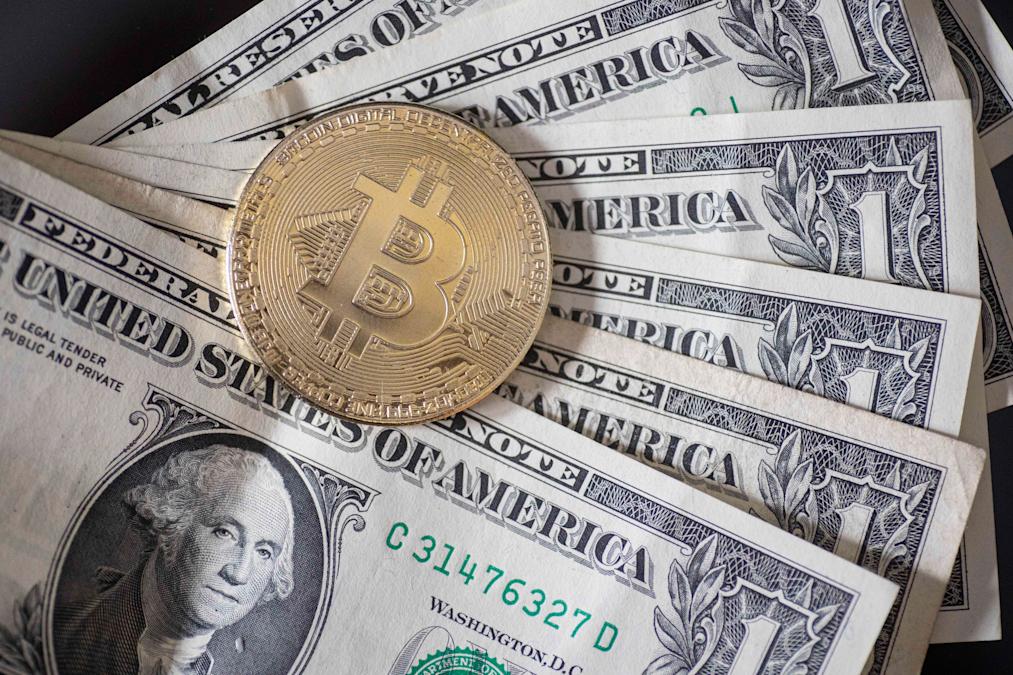 Another Wall Street executive is departing the hallowed halls of traditional finance for the rough and tumble world of cryptocurrency.

Morgan McKenney, the chief operating officer of Citigroup’s (C) global consumer banking arm and an 18-year veteran of the financial behemoth, is assuming the role of CEO for a company called Provenance Blockchain Foundation, effective Tuesday. She recently took a sabbatical from Citi — and realized digital assets are the future of finance.

McKenney told Yahoo Finance in an exclusive interview that during that time, “I spoke with 80-plus fintechs, entrepreneurs, [venture capitalists], and innovation people, and it became incredibly clear that digital is disrupting financial services in very foundational ways.”

Financial services have always been done through trusted intermediaries, whether instructing the bank to send money, or telling your broker to sell stocks. But blockchain is changing the underlying banking infrastructure layer to allow two parties that don’t know each other to bilaterally agree and move those assets in real time.

“There are new doors now in financial services, which never existed, offering great experiences for customers in blockchain,” says McKenney, a computer science major who started out as a trader

The executive, who’s risen through the ranks of male dominated fields, is a big advocate for “diversity of thought,” she told Yahoo Finance.

“As we go into the new frontier, where we’re building out all these things, we really need to cultivate diversity of thinking and that includes gender,” McKenney said, adding it will help broaden access to financial service.

“As a senior woman, I want to send that elevator down, encouraging women and minorities in STEM,” she said. “I want to be incredibly focused on diversity inclusion, not because I feel like we should, but because we’re going to be better when we do that.”

An internet of blockchain

Now, as one of the few women leaders in crypto, McKenney will look to position Provenance to help traditional financial firms – big and small – to adopt blockchain. Traditional banking is looking into and researching blockchain, but has only scratched the surface.

For her part, McKenney sees Provenance filling that gap, and helping the banking sector integrate blockchain and crypto to improve their business. The company’s tech is specifically designed for financial services. It’s built on technology called Cosmos – the internet of blockchains that allows money and assets to move between different blockchains more easily, says McKenney.

That enables talking between the two blockchains – unlike Ethereum () and Bitcoin (), which can only be used on their networks, and can’t facilitate transactions in other tokens. Provenance’s technology also enables more control over data. Personal information doesn’t sit on the chain, and it can process 1500 transactions per second that’s expected to grow and is scalable.

“It’s more conducive for financial services transactions like payments or trading that needs a lot higher throughput than a lot of existing blockchains today,” she explained.

Provenance Blockchain’s Cosmos blockchain is already minting tokenized deposits, called USDF, for a new bank consortium. Private equity firm Apollo is planning to leverage Provenance Blockchain for a range of projects – including listing investment funds on its blockchain. Apollo will be able to offer its investors a digital subscription for a newly launched fund where ownership in the new fund is issued to investors digitally on the blockchain. The firm is also the majority owner of Yahoo Finance.

Not only is the ownership clear and transparent, but a range of reporting services will be able to be provided in real time.

According to McKenney, applying blockchain technology will enable banking to have an entirely new infrastructure layer that’ll save costs, reduce risk, and provide more transparency in real time execution, and improve speed over the current system.

“It’s an incredible way to take out the cost of intermediation and processing a range of financial transactions from origination to trading – potentially targeting costs of $100 billion,” she added.

Shaking up mortgage banking, other products

Provenance Blockchain is looking to cut the cost of banking for consumers by using blockchain. McKenney says the blockchain is able to take out over a full percentage point of the mortgage origination and servicing process for when a consumer wants to buy a house, allowing the bank to offer a cheaper interest rate to the consumer.

“You can give back some of that margin to the consumer so they pay less on their mortgage,” says McKenney. “So you can a reduce the cost of financial services to consumers whatever they’re buying or using.”

By reducing costs using blockchain, banks can also reach a whole new set of clients because their cost base is much lower. “If your cost to open an account is $200, you can’t serve customers that are going to have low balances, you won’t make enough money to even initiate that outreach,” she says.

Provenance Blockchain is also aiming to build financial products on blockchain that work within the current banking regulatory system and are acceptable to regulators. For instance, the USDF stablecoin was designed for regulatory feasibility, because it’s issued by banks and it will have FDIC insurance on it. The Biden administration has recommended that only banks be allowed to issue stablecoins and thus retain deposit insurance.

“I think blockchain is an enabling technology that will continue along with the cloud now, and AI machine learning that you can apply on to make processes more efficient,” McKenney said.

McKenney also stated that, as the world of finance becomes more decentralized, many firms will be run as decentralized autonomous organizations. Corporate hierarchy will be replaced with participation by people that don’t work at a company, she argued.