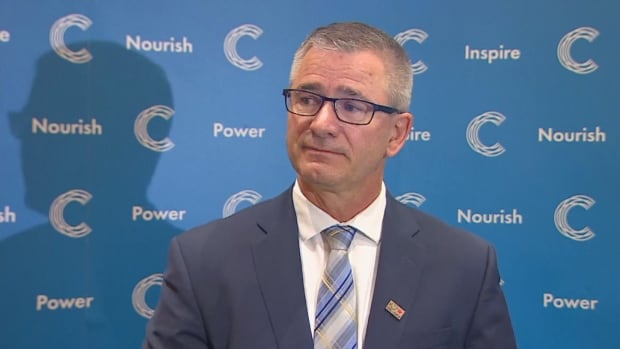 Alberta Finance Minister Travis Toews says the province’s work “is not done” when it comes to its commitment to the revitalization of the downtowns of Calgary and Edmonton.

“Ultimately, the solution for Calgary’s downtown, for Edmonton’s downtown, is investment attraction and economic growth,” Toews said during a lunch hosted by the Calgary Chamber of Commerce on Monday.

“To do that, we need to continue to position this province for disproportionate investment attraction and growth. And we’re doing that, and this budget does that, and we’re starting to see the benefits of that.”

That drew criticism from both Calgary Mayor Jyoti Gondek and Deborah Yedlin, president of the Calgary Chamber of Commerce.

Both indicated they had hoped the provincial government would provide more than that figure, especially given the city’s $250-million investment into revitalization.

“The problem is we really need funding to accelerate the process,” Yedlin said. “We don’t have the luxury of time, and $5 million is not going to do what we need it to do for downtown Calgary.”

Toews said the province planned to work collaboratively with Calgary and Edmonton on revitalization, adding that the province’s core responsibility is to attract investments and economic growth.

“We know there’s work ongoing. We will be a willing partner, and a co-operative partner, finding solutions for downtown,” he said.

“Despite these challenges facing Calgary’s economy, the UCP has failed to present a plan for jobs or economic diversification. We need to do much more to support the people of Calgary, grow the economy and create jobs,” Phillips said.

Around one-third of the downtown office space in Calgary has emptied out since 2014.