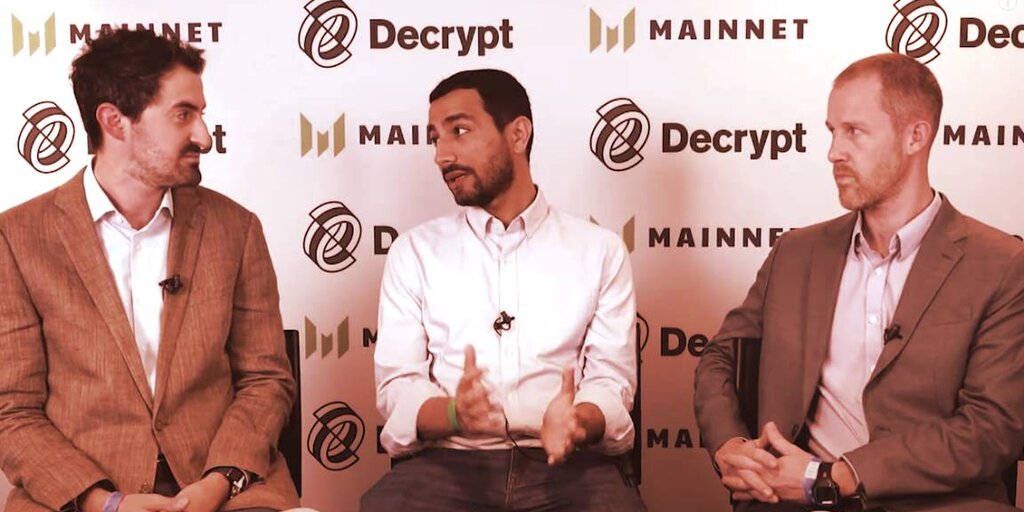 Computer scientist Muneeb Ali loves Bitcoin so much he’s become the leading advocate for “Bitcoin DeFi,” seeking to prove to doubters that the Bitcoin blockchain can support decentralized apps. But Ali, who leads Bitcoin smart contract platform Stacks, has no patience for “Bitcoin maximalists”—the vocal group of reactionaries who dismiss Ethereum and any other blockchain but their own.

“The maximalist voices started getting very loud in the community, and the way they actively attack things, nobody wants to deal with that,” Ali said on the newest episode of Decrypt‘s gm podcast.

According to Ali, the “maxis” (as they’re known in the crypto world) are a small minority of Bitcoiners. He cited a December 2021 Grayscale study that found 87% of people who own Bitcoin also own at least one other cryptocurrency.

Unfortunately, he says, Twitter and other social media platforms reward the loudest voices and the most extreme positions, which leads people to take up maximalist postures—to the frustration of what Ali dubs the “silent majority” of Bitcoin supporters.

“It’s annoying for you, on a daily basis, to trigger these people and then have them yell at you. So that’s why they’re a silent majority. They don’t proactively fight back or say anything,” he said, though he added he thinks that’s starting to change.

The maximalists’ behavior is not only irritating, Ali says, but works to the detriment of their cause. He observes that Bitcoin-only advocates are reluctant to attend conferences where they might learn something new, and instead seek out “rah-rah” events with fellow maximalists.

He labels maximalism as an “autoimmune response” after the excesses of the 2017 Bitcoin boom and bust, but now that the crypto industry has diversified, the posture is not helping Bitcoin.

I’m a Bitcoin centrist, and we’re the silent majority. It’s time to put maximalism in its box and work on growing the Bitcoin economy.

We need to focus on dev traction and break from the tired maxi attitudes.

Ali believes his project Stacks offers a better middle ground: building a smart contract layer atop Bitcoin’s base layer, and working on applications to make the original blockchain more useful. He points to projects that are developing Bitcoin NFTs, and producing artwork related to famous moments in Bitcoin history like “pizza day.”

And while Ethereum is generally considered the ultimate smart contract platform, Ali says it is not ideal because a blockchain must also operate as a money layer—a situation that creates tension in Ethereum’s design because it must try to be agile enough to meet the demands of smart contracts, while also being stable and predictable enough to be money.

By contrast, he says, Bitcoin is clearly dedicated to money, and projects like Stacks can focus on smart contracts and develop them in a way that don’t put strain on Bitcoin.

“No one is trying to change Bitcoin,” he says. “In our design, we want Bitcoin to be the elegant, stable, sound money layer. And then the smart contract layer can keep evolving, right? And keep evolving independent of Bitcoin.”

These are only some of the big ideas Ali shared on the gm podcast. He also shared stories on the early crypto scene in New York’s East Village, his prediction for the future of NFTs, and what he’d do if he were CEO of Twitter. Listen to the full episode wherever you get your podcasts.