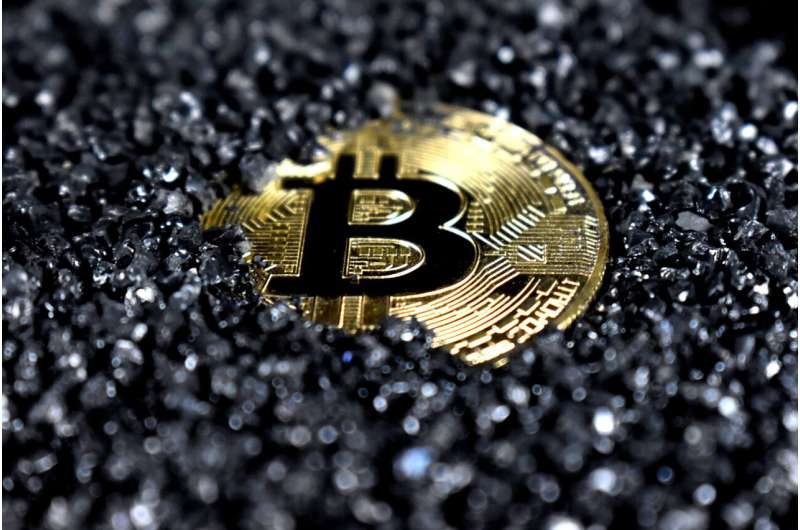 A team of researchers from the Netherlands, Switzerland and Germany has found that as Bitcoin miners have moved from China to the U.S. and other countries, their carbon emissions have increased. In their paper published the journal Joule, the group reports that as Bitcoin miners have been forced out of China, they have moved to places with fossil-fuel-based electricity sources, thereby increasing their carbon emissions.

In 2013, China began to grow uneasy with the speculative nature of Bitcoin and its operations. Over the next several years, officials in the country began restricting Chinese banks from using the cryptocurrency, and over time, shut down Bitcoin mining operations altogether. In response, the entities running the mining operations moved them to other locations, primarily the U.S., and to some extent, Kazakhstan and a few other countries. This, the researchers contend, has led to an increase in emissions due to Bitcoin mining.

Bitcoin mining refers to the process involved in creating new bitcoins—it is done on large and powerful computers that require a lot of electricity. The entities running the Bitcoin mining operations initially found China to be a receptive country. They were able to take advantage of China’s massive hydroelectric facilities during the warm months. That allowed the miners to claim that their operations were green. But as China prohibited Bitcoin, new locations had to be found, and that generally meant relocating to several regions in the U.S.

In their work, the researchers accessed the global maps used by Bitcoin miners to find where their operations were moving. Using IP addresses from the Cambridge Centre for Alternative Finance, they were able to locate the new sites of the Bitcoin mining operations, most of which were in the U.S. They were even able to see which states were hosting the new mining operations sites—mostly Texas, Kentucky and Georgia, three states that had wooed the miners using tax breaks. Unfortunately, all three states rely almost exclusively on coal and natural gas to generate electricity. The end result is Bitcoin mining operations releasing more carbon into the atmosphere than ever before.

Citation:
Bitcoin carbon emissions rise as mining moves to US and other countries (2022, February 28)
retrieved 28 February 2022
from https://phys.org/news/2022-02-bitcoin-carbon-emissions-countries.html

This document is subject to copyright. Apart from any fair dealing for the purpose of private study or research, no
part may be reproduced without the written permission. The content is provided for information purposes only.