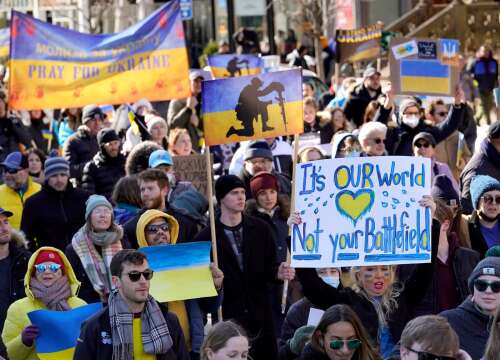 Russia’s invasion of Ukraine likely will impact the global insurance industry substantially in the near to midterm, AM Best believes.

The rating agency said this is probable, especially given the significant fallout in the capital markets and potential for widespread cyber attacks.

In its Best’s Commentary, “Significant Implications of Ukraine Invasion on Global Insurance Industry,” AM Best notes that invasion has had an immediate negative impact on the stock markets worldwide; continued volatility remains likely, challenging efforts by the global central banks and the US Federal Reserve to contain inflation.

In addition, sanctions against Russia may have severe knock-on effects not just on oil and commodity prices, but also tourism, as well as the economies of some of the world’s less resilient countries.

“Further sanctions may impact the ability of international insurers and reinsurers to underwrite Russian risks or make it more difficult for them to service claims on existing policies,” said AM Best financial analyst Anna Sheremeteva.

“Most affected would be those writing large energy and infrastructure risks, such as London Market insurers, and international reinsurers.”

“The valuation of investments would be affected by a prolonged equity market downturn, any increase in the Russian Central Bank’s policy rate or a widening of credit spreads.

“On the other side of the balance sheet, higher-than-anticipated inflation would impact claims costs, with potential implications for the adequacy of reserves.”

Additionally, the impact of an escalating global conflict may increase the risk of a systemic cyber attack and cause substantial economic and insured losses. Heightened risk perception could lead to higher prices in an already hardening cyber market.

Full complimentary report can be accessed through registration

Demonstrators display placards as they march during a rally in support of Ukraine, yesterday in Boston. (AP Photo/Steven Senne)