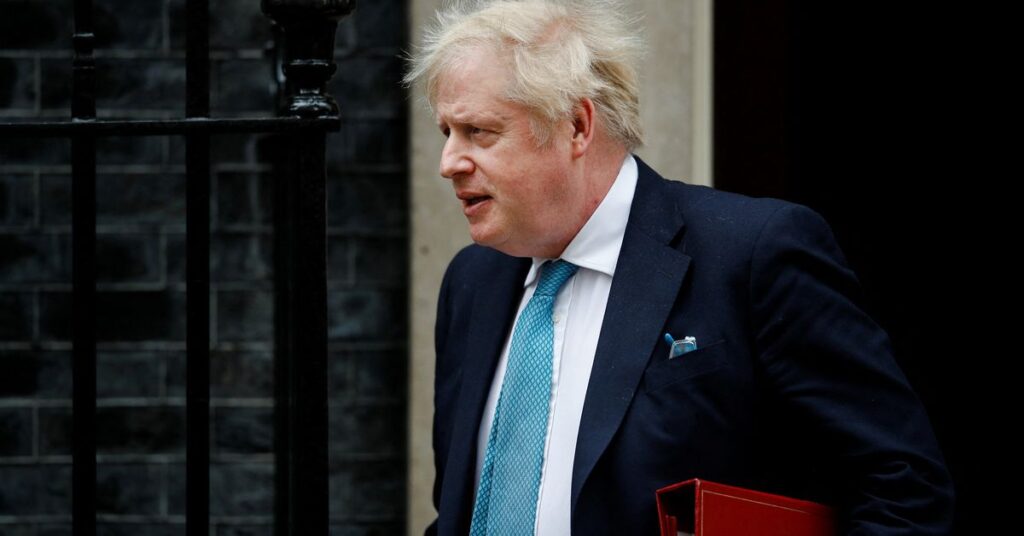 LONDON, Feb 23 (Reuters) – British Prime Minister Boris Johnson told finance chiefs that he wants the next batch of sanctions against Russia to be the toughest possible, a government source said on Wednesday.

Johnson met regulators and heads of top banks and financial sector industry groups to discuss the government’s approach to sanctions against Russia after Moscow heightened fears of a full-scale invasion by recognising breakaway regions in Ukraine.

The government source said the prime minister told the meeting he wanted the “toughest possible next tranche” and that he thought it “will make a difference and change the outcome. (Russian President Vladimir) Putin must fail”.

As well as recognising the two Moscow-backed rebel regions this week, Putin this week ordered the deployment of Russian troops there as “peacekeepers”. read more

Britain responded by imposing a first round of sanctions on five private banks from Russia on Tuesday, including Bank Rossiya, which the government said was privately owned by Russian billionaires with direct links to Putin.

Finance officials told Johnson there was a “very clear sense of the direction of travel” from a “package well calibrated”, the government source said.

Johnson said he wanted to work with the financial sector to make sure the sanctions announced so far “really bite”, particularly if all the major financial centres act at the same time.

“It’s not easy. I’m a former mayor of London. I know how important it is that our City is open to investment so these are tricky issues to navigate,” Johnson told the meeting, the government source said.

GET ON WITH IT

Separately, Bank of England Governor Andrew Bailey told lawmakers it was “absolutely important” that the sanctions are applied with rigour.

“Everybody involved has got to get on with it,” Bailey told parliament’s Treasury Select Committee.

“The situation is so serious … I don’t think that saying ‘well this could be a bit damaging to London as a financial centre’ is just really an argument that holds water.”

The exposure of Britain’s banking system to Russia is very low and there is no systemic threat to the financial system from the sanctions, Bailey said.

Johnson also told parliament on Wednesday that Britain will stop Russian companies from clearing in sterling and dollars.

The London Stock Exchange, whose LCH arm clears transactions in both currencies, declined to comment.

The financial sector is waiting to see if future sanctions by governments include cutting Russia’s access to Swift, a Belgium-based messaging system use by banks globally.

Under the sanctions announced on Tuesday, market participants must refrain from dealing with the funds or assets of those banks and individuals named, or make them available.

The FCA said it expects firms to have controls to ensure they comply with financial sanctions obligations.