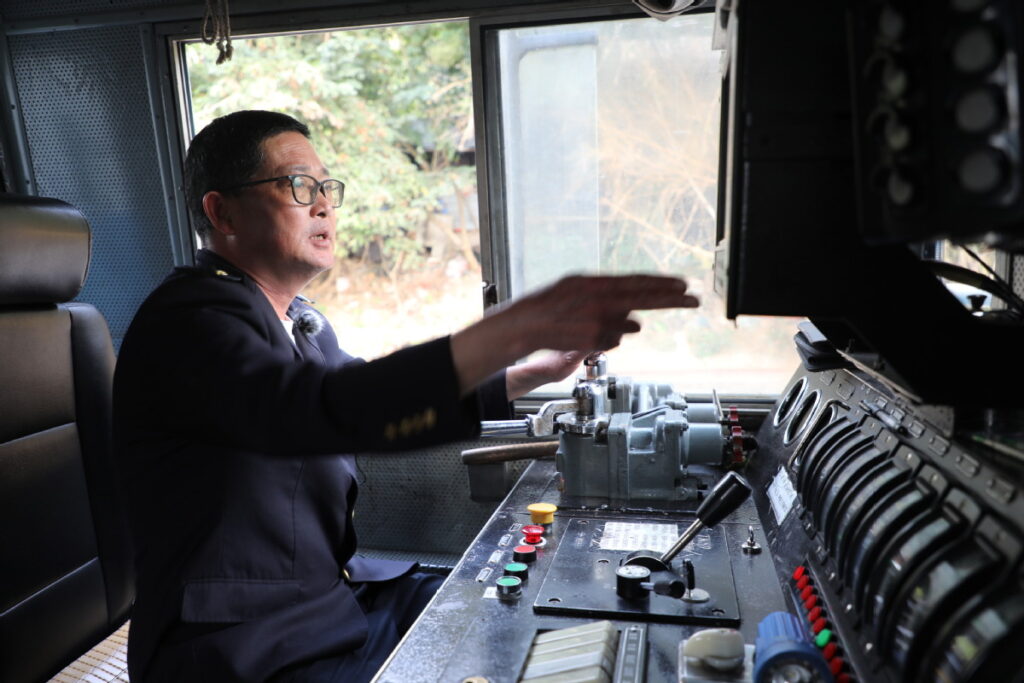 BEIJING – Recent weeks have been busy for He Zhigang, a train driver in Fuzhou, as the number of passengers and goods rose during the Spring Festival travel rush.

A driver for more than three decades, he dreams of one day returning to Taiwan, his father’s home, by train.

Born in 1968 in Fujian province, He graduated from a railway technical school in Fuzhou and became a train operator.

“My father used to talk a lot about his hometown in Hualien (a city on the east coast of Taiwan),” he said. He recalled his father talking about “lots of fruits in Hualien, with big pineapples and thick sugar cane.”

His father moved to Fujian in 1944. In 1992, the elder man returned to Hualien to connect with family members. However, after an earthquake in 1997, he lost contact with families in Taiwan.

He says his father had asked him to go back to Hualien and get in touch with family again.

A letter family members in Taiwan wrote to He Zhigang’s father in 1992. [Photo by Sun Jiakui/Provided to chinadaily.com.cn]

As a train driver, He has witnessed the development of railways on the mainland. When he started working in 1989, he operated steam locomotives. The first high-speed railway in Fujian did not open until 2009.

During the recent Spring Festival, He took freight trains to different stops in the province.

“Even though I no longer carry passengers, the job of transporting goods is as important. There are goods to be exported overseas and also anti-pandemic materials,” He said.

The opening of a rail line in 2020 between Fuzhou and Pingtan, an island county in Fujian province, was thrilling news, as it seemed to bring the dream a little closer.

The eagerness to get together is strong during festivals. “There are quite a few families like us on the mainland. We experienced the difficulties of being apart, and we firmly want a peaceful cross-Straits relationship.”