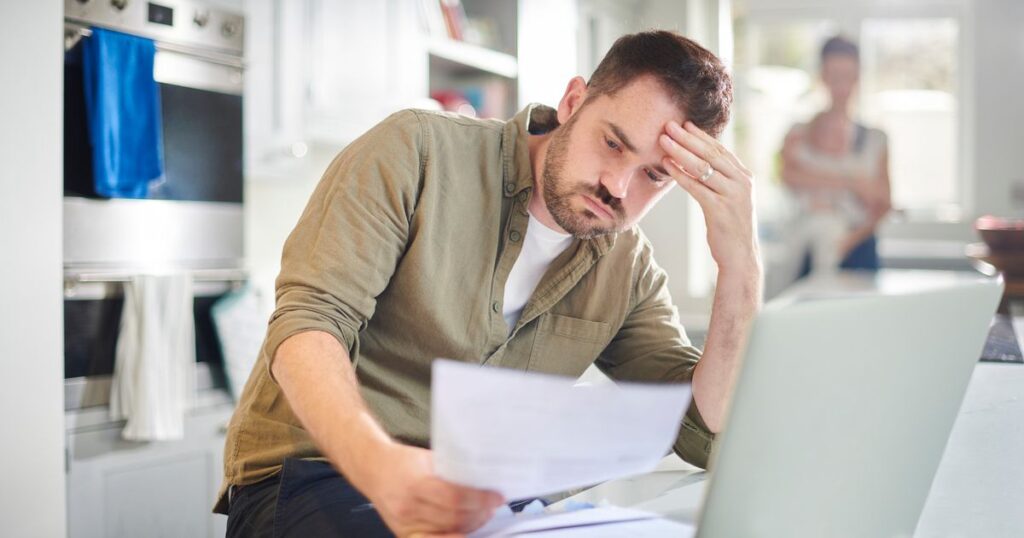 Families feeling the squeeze now will feel the pinch even more in a couple of months time.

Millions of households will find balancing their family budgets more difficult in April as they contend with a raft of increases to household bills.

Interest rates have also risen, putting pressure on those with some types of mortgages or repaying loans or credit cards.

Go here for the latest news on the cost of living

Here’s a rundown of all the bills that are going to cost you more in just over a month’s time.

Despite calls to scrap the increase, it looks as if the 1.25% rise in National Insurance contributions will go ahead in April as planned.

From April 6, employer and employee National Insurance contributions will be put up, with the rate going back to its 2021/22 level the following year, and the income stream replaced by a new health and social care levy of 1.25 per cent.

The increased rate will mean the average worker will pay an extra £255 a year in taxes.

Working adults, including those over the state pension age, will have to pay the 1.25% levy, but people earning under £9,880 a year, or £823 a month, don’t have to pay National Insurance and won’t have to contribute.

The energy price cap hike to a record £1,971 for a typical household on a standard tariff comes into effect on 1 April.

For customers with prepayment meters the price cap will go up by £708 to £2,017 from April.

The massive rise, brought about by soaring prices in the energy wholesale market, mean that families will have to find an average £693 extra a year, or more of you use more energy than average.

The chancellor has announced a £9 billion package, including a one-off repayable £200 discount and a £150 rebate on council tax bills, and £144 million to councils to support vulnerable households amid surging energy prices, but has warned households they will have to adjust to higher energy prices in the future.

Northumbrian Water’s prices are going up by 10% in April – or an average of £37 per year for both metered water customers and those who pay water rates.

While the hike is the highest in the UK, the amount paid by customers is actually one of the lowest, at £365 per year on average.

Councils across the region are preparing to increase taxes from April.

Local authorities are starting to publish their draft budget proposals for the 2022/23 financial year, which is where you’ll find information on the rise where you live.

If you haven’t been contacted with your new bill just yet, it is worth keeping an eye on your council website to see when they publish the new rates.

The proposed increases in our region are as follows:

Millions of O2, Three and Virgin Mobile customers will be hit with price hikes of up to 11.7% this spring.

O2’s 11.7% hike for some is the largest planned increase announced so far by mobile network operators.

BT, EE and Plusnet, Shell, TalkTalk and Vodafone customers are facing an increase of up to 9.3 per cent, or an average of £3.50, equivalent to £42 per year.

Millions of Sky customers faces rises of £43 extra a year from April, as the telecoms giant raises broadband and TV bills.

For a North East politics and regional affairs digest direct to your inbox, go here to sign up to the free Northern Agenda newsletter