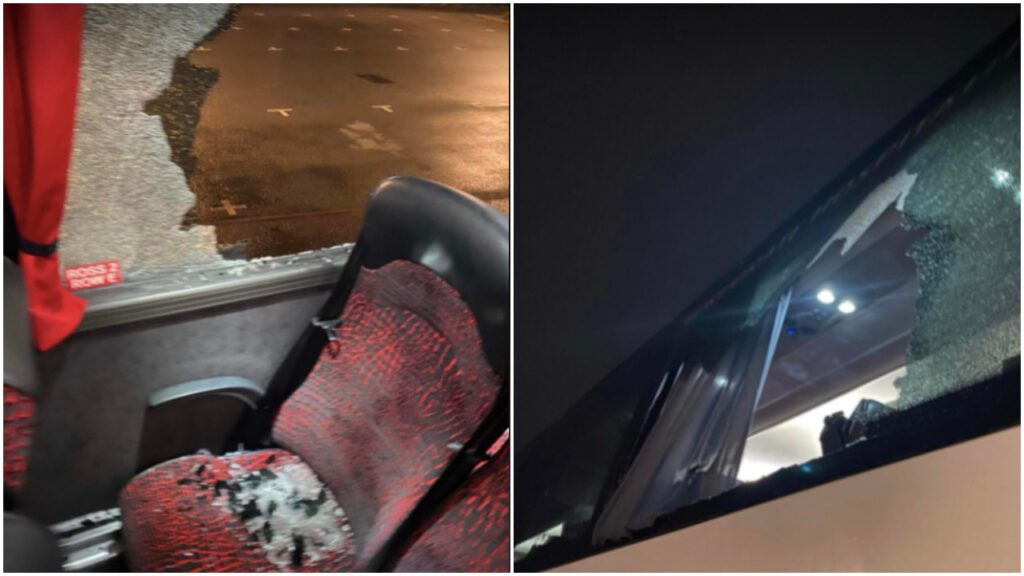 Castleford Tigers have released a statement following the attack on fans after their Warrington Wolves fixture last night.

The club has written: “Castleford Tigers are appalled by a group of people who attacked a travelling supporters bus following the league fixture between the Tigers and Warrington Wolves.

“The incident happened around 10pm on Thursday, 17th February 2022 shortly after the bus had left the Halliwell Jones Stadium on the junction of Dallam Lane & Tanners Lane.

“This left our supporters, who traveled on a cold and stormy Thursday night to cheer on their team, waiting hours for a replacement bus service to get home safely.

“The Tigers are working closely with both Cheshire Police and Warrington Wolves to identify the people directly involved and those associated with the troublesome group. Castleford Tigers will be actively pursuing lifetime bans from entry to not only our own home ground but all rugby league stadia.

“Cheshire Police are appealing for any information related to the incident, CCTV, phone, or dash cam footage to please contact Cheshire Constabulary online at www.cheshire.police.uk/tell-us or via 101 quoting IML 1204059.”

Warrington too released a statement concerning the issue: “The club are supporting Cheshire Police with their investigation into an incident which saw a Castleford Tigers supporters coach vandalised at 10pm last night outside the Halliwell Jones Stadium following our round 2 Betfred Super League match.

“We strongly condemn the actions that led to the coach being targeted and damaged and we offer our sincere apologies to the travelling supporters affected for the distress caused.

“We are working with the local authorities to establish the facts and identify those responsible.”

On the field, Warrington were able to get one over on the Castleford Tigers last night, putting the West Yorkshire side to the sword after weathering an early storm.

It is now two defeats in two for Lee Radford and his new club whilst Daryl Powell and Warrington boast a 100% record.

Tries from Matty Ashton, Josh Charnley, Peter Mata’utia, Rob Mulhern and Gareth Widdop sent the Wolves on their way as the Tigers could only reply through Derrell Olpherts and Jake Trueman.

After a sullied performance against Leeds last week, Powell acknowledged the big difference in his side’s performance compared to the showing they produced at Headingley last Saturday.

“Last week we got beat everywhere but I think we did a really good job today, we’re going to be as consistent as we can,” Powell said in his post-match press conference on Sky Sports.

“We want to build a brand for ourselves to be as successful as we can.”