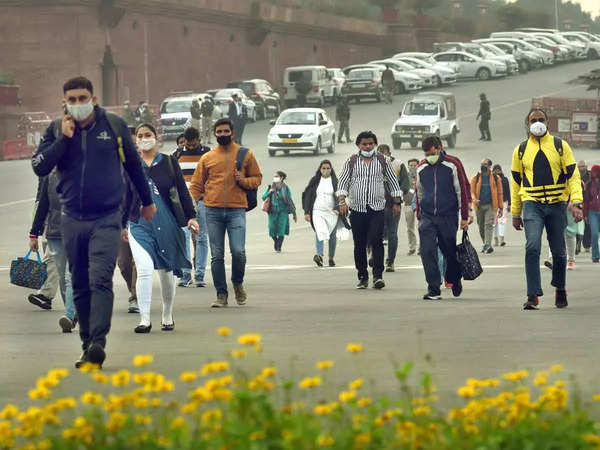 Canada’s Ontario declares state of emergency amid trucker protests that have blocked major border crossings with US, affecting trade (Reuters)

Lok Sabha adjourned, to reassemble on March 14 after recess for second part of Budget Session

Delhi: Trial courts to resume physical hearing from next month

At present, there is no proposal to close any Railway Recruitment Board: Railways Minister Ashwini Vaishnaw in a written reply in Rajya Sabha

No plan to reintroduce three repealed farm laws in future

India is committed to eliminating single-use plastic. I’ve also directed our Navy to contribute 100 ship days this year to clean the plastic waste from the sea. India will be happy to join France in launching a global initiative on single-use plastics: PM Narendra Modi

At an altitude of more than 15,500 feet, a super high altitude area, with ATVs and 7.62mm SiG Sauer assault rifles.

Kerala reports 16,012 new COVID19 cases, 43,087 recoveries & 27 deaths in last 24 hours. 214 deaths which were not added due to lack of documents and 251 deaths as per new guidelines of central government: State Government

Aarogya Setu users can now create the 14-digit unique Ayushman Bharat Health Account (ABHA) number from the app. They can use the ABHA number to link their existing and new medical records: Ministry of Health and Family Welfare

IRCTC to resume cooked food in all trains from February 14

Uniform Civil Code need of the hour, should be discussed in Parliament

India vice-captain KL Rahul and all-rounder Axar Patel ruled out of T20I series against the West Indies due to injuries: BCCI

Karnataka: Police flag march in Udupi ahead of re-opening schools up to 10th standard on 14th February

Enforcement Directorate has attached assets valued at approximately Rs 57.23 crores in case of loan fraud by Kalpesh M Patel, managing director of Kemrock Industries and Exports Ltd & others under PMLA, 2002

For December’21, Quick Estimates of Index of Industrial Production

IND v WI: India 265 all out against West Indies in 3rd ODI in Ahmedabad

Crypto tax: Even coins brought to Indian exchanges to be sold domestically will attract additional tax

Britain said it had accepted changes proposed by US tech giant Google to address competition and customer privacy concerns linked to online advertising.

Early indications are BJP has swept the UP phase-1 polls: PM Modi

PM Modi at a public rally in Kasganj

The ‘Parivarwadi’ people have realised that their boat has sunk & hence they’ve started blaming the EVM & the Election Commission. The truth is that the people of UP are not ready to accept them & their ‘Gunda Raj’

Yogi Adityanath restored rule of law in UP; BJP will receive positive mandate in 5 assembly polls

Rupee slumps 24 paise to close at 75.39 against US dollar

Ford Motor Co, Suzuki Motor Corp and Hyundai Motor are among 20 companies that will be eligible for incentives under the government’s $3.5 billion scheme to boost clean fuel vehicles. The cabinet last year approved a plan for the automobile sector aimed at boosting production of electric and hydrogen fuel-powered vehicles.

BJP’s flag flying high after first phase of polling in UP, rivals depressed

– PM Modi at rally in Kasganj

I won’t get into conversation which distracts people; my focus is on what is important for them: Rahul Gandhi on hijab issue

We are bringing Mumbai’s film city here. Youth will get opportunity to work in the films. We’ve also decided to build an academy in the memory of Bharat Ratna Lata Mangeshkar. We have provided welfare schemes to all without any discrimination

– UP CM Yogi Adityanath in Kasganj

Russia agreed to further discussions with France, Germany and Ukraine over the conflict in eastern Ukraine, but said Ukraine must commit to negotiating with separatists in its east, which was a “red line”, France’s Elysee palace said on Friday.

BSF Gujarat has apprehended 6 Pakistani nationals in an ongoing operation against the intrusion of Pakistani fishin… https://t.co/kliPUUnVzf

The Union Territory of Puducherry reported 149 new COVID-19 cases on Friday raising the overall tally to 1,65,071