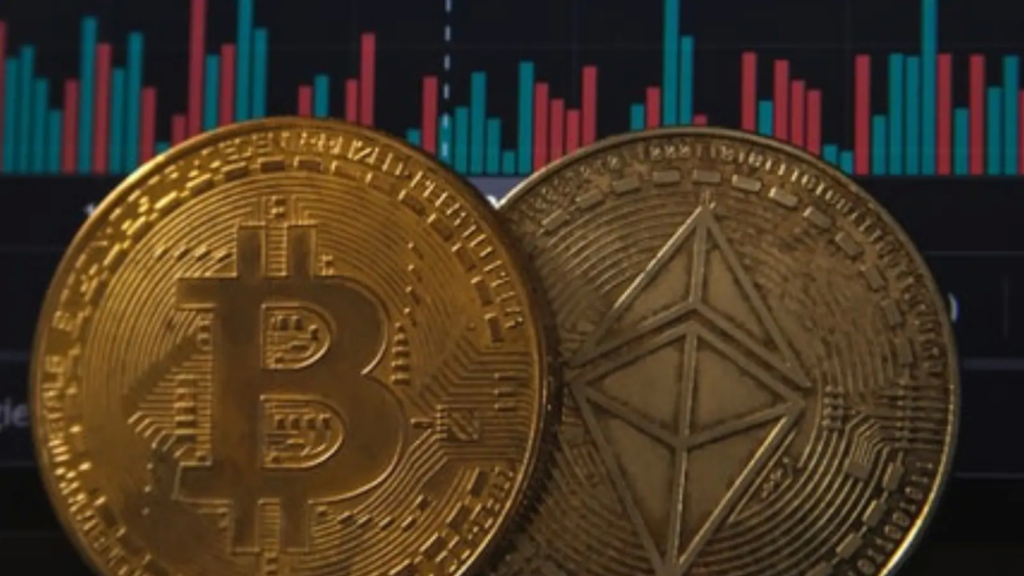 Cryptocurrency prices today plunged with Bitcoin trading below the $44,000 level in what has been a volatile week for the digital tokens. The world’s most popular cryptocurrency was down nearly 3 per cent at $$43,084.90. Bitcoin is down about 6 per cent in 2022 (year-to-date or YTD) so far. Bitcoin is down about 35 per cent since it peaked at almost $69,000 in November last year as risk aversion grows with the Federal Reserve and other global central banks starting to tighten financial conditions and remove pandemic-era liquidity from the system.

“BTC’s support price stays at US$40,000 while the resistance holds at US$46,000. As there are no signs of BTC being overbought, this situation could probably keep the buyers active in the market. According to the market cap, a few altcoins are running in green and others in red,” said Edul Patel, chief executive officer and co-founder, Mudrex.

On the other hand, Ether, the coin linked to the ethereum blockchain and the second-largest cryptocurrency in terms of market capitalization, also declined 5.18 per cent to $3,057.71. Similarly, Binance Coin dipped about 2 per cent to $413.

Dogecoin price was trading 6 per cent lower at $0.15 whereas Shiba Inu tanked over 8 per cent to $0.000030. The performance of other coins were mixed as Stellar, Avalanche, Cardano, Polygon, XRP, Polkadot, Solana, Terra, Stellar prices were trading with cuts over the last 24 hours.

Meanwhile, the global cryptocurrency market capitalisation today remained above $2 trillion, as per coinmarketcap.com, even as it was down 3 per cent at $2.06 trillion, dragged by fall in crypto prices today.

The crypto market marked the third week of inflows totaling $133 million last week. Bitcoin led all inflows, with $71 million, the largest since early December and the third straight week of inflows, with a total of $108 million. Ether posted net outflows of $8.5 million in the week ended February 4, its 9th straight week of outflows, totaling $280 million.

Private crypto assets or virtual digital currencies are a major threat to macroeconomic and financial stability of a country, Reserve Bank of India (RBI) governor Shaktikanta Das said at press conference held on Thursday. “I have said that investors are their own judge. But, it is my duty today to tell investors that while betting on cryptos, they should be mindful that they are investing at their own risk,” Das said. “Cryptocurrencies have no underlying (value), not even a tulip,” Das said at the meeting.

Here are the top 10 cryptocurrencies and their prices on February 11, 2022 (data from coinmarketcap.com at the time of publishing this article)