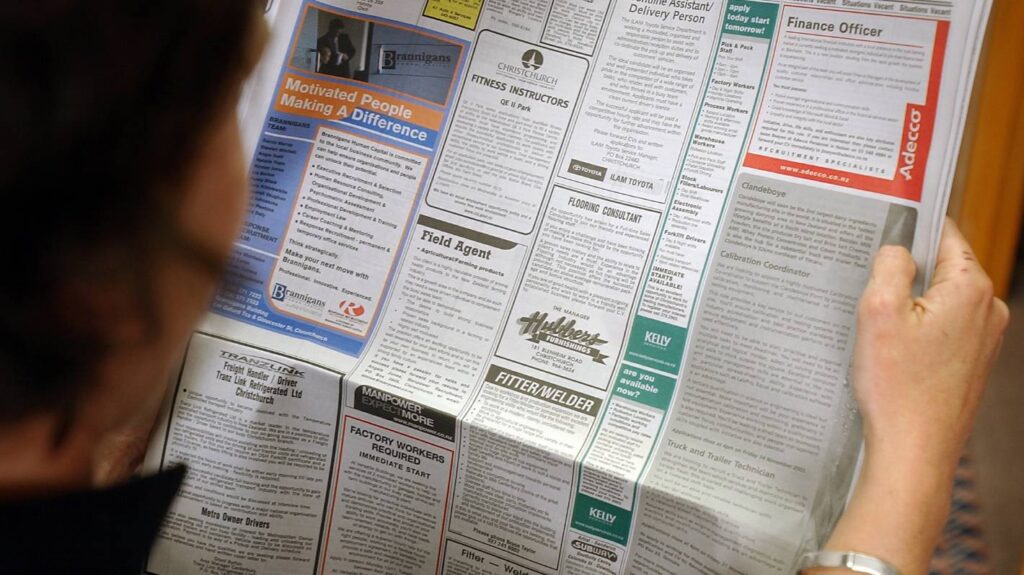 Dean Hyslop, a senior fellow at Wellington research institute Motu, said research also suggested people who had access to such schemes took longer to rejoin the workforce after being made unemployed.

Finance Minister Grant Robertson set out detailed plans for an ACC-style Income Insurance Scheme on Wednesday that would pay workers who lost their jobs due to lay-offs or health conditions 80 per cent of their pay for six months, on top of a minimum four-week period paid for by employers.

The insurance scheme’s expected $3.5 billion annual cost would be funded by a 2.77 per cent pay levy, split between workers and employers.

Announcing the proposal, Robertson said one of the benefits was that it would give people the time and financial security to find a good, new job that matched their skills, or to rehabilitate or retrain.

Under the existing benefits system “many people accept lower-paid jobs that don’t match their skill-set because of the financial pressure to get back to work quickly”, he said.

But the academic studies that have been carried out into broadly similar schemes overseas would appear to support concerns that the measurable impact of insurance pay-outs is to encourage laid-off workers to take a break from employment.

“Evidence is it certainly lengthens the spell of time out of work,” Hyslop said.

While the studies were “pretty thin”, there was not particularly strong, if any, evidence such schemes improved employment outcomes, at least when that was measured by the pay rate of the jobs people later landed, he said.

Higher pay was not the only measure of a better job, Hyslop said, “but it’s a quantifiable one that labour economists often focus on, and my reading is there is very little evidence of that”.

“No doubt for some workers who are displaced, if they are motivated and want to focus on getting retrained it is going to work out for them.”

But the question was how it would “play out on average”, given others might be less motivated, take longer to be re-employed and then be less employable.

How NZ counts the unemployed

But the OECD said in a report earlier in the week that research concluded longer job searches “did not produce benefits overall in the form of higher-quality job matches”.

The OECD cited a study by Germany’s Institute of Labour Economics that reviewed several research papers and concluded evidence on post-unemployment outcomes suggested unemployment insurance schemes had “no effects on average on the quality of the post-unemployment job”.

Hyslop, whose own reviews of the literature on income insurance were also cited by both the OECD and the Government’s discussion paper, said he was probably in two minds about the scheme, overall.

Other commonly-cited benefits of such schemes – aside from the hope they can improve skills matches – are that they can help smooth out ups and downs in the economy and reduce the stress, strain and stigma of unemployment.

The main basis for the proposal might be that New Zealand was relatively unusual among OECD countries in not having such a scheme, Hyslop said.

The Government’s proposed Income Insurance Scheme was relatively generous as it was more common for schemes to pay out between 50 and 60 per cent of people’s previous pay, he said.

Studies suggested that was likely to have a significant impact on the time people spent receiving pay-outs, he said.

“If you double in generosity, then you are going to lengthen the expected unemployment durations by between 50 and 100 per cent.”

But he agreed that if the pay-out rate was reduced from 80 per cent to a level that was more common overseas, then the scheme would deliver relatively smaller benefits in particular to low-income workers – given the fixed level of support provided by the existing welfare safety-net.

“It is possible that is a consideration,” he said.